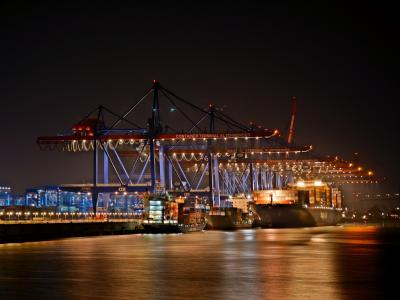 Spot rates garner the headlines in ocean shipping, but what happens in the long-term time-charter market could be a more telling indicator for tanker and dry bulk markets.

“We view term [time-charter] rates to be a better indicator of market health and fundamentals relative to the fickle spot market,” said Amit Mehrotra, transportation analyst at Deutsche Bank.

If global bulk commodity shippers expect spot prices to rise substantially in the future, they lock in their transport costs by signing time charters.

When time-charter rates rise and the duration of contracts increases, it tells you that cargo shippers are worried that spot rates will increase sustainably.

One challenge to using time charters as a bellwether is that this particular market signal is currently experiencing interference. For at least the next several months, bulk commodity shippers’ decision to shift from spot to time charters will be complicated by uncertainty over the IMO 2020 rule.

Starting January 1, 2020, all marine fuel burned on vessels not equipped with exhaust gas scrubbers must have a sulfur content of 0.5 percent or less. The premium of compliant ultra-low-sulfur fuel over the cost of high-sulfur heavy fuel oil (HFO) remains unknown.

Given that the time charterer pays for the fuel, not knowing this variable makes it more difficult for both sides to come to an agreement on what the fair day rate should be. Not only would time charterers fear paying too much, ship owners would fear tying up tonnage too cheaply.

The same uncertainty applies to scrubber-fitted vessels that will continue to burn HFO. Because the spread between HFO and IMO 2020-compliant fuel is still unknown, the premium charterers should pay to employ scrubber-fitted ships remains unclear.

During a webinar in July presented by Capital Link, a New York-based investor relations, communications and advisory firm, Safe Bulkers chief executive officer Polys Hajioannou commented, “It would be silly to tie [ships] up on period charters of one or two years before we know the spread [between compliant and non-compliant fuel].” He said he “wouldn’t fix [charter] any ship” before he knew the spread.

On the latest quarterly analyst call of Genco Shipping & Trading (NYSE: GNK), chief executive officer John Wobensmith said, “On the time-charter market, in terms of Capes [Capesize bulkers, which have a capacity of 100,000 deadweight tons or more], I still think it’s too early. As you get closer to the end of the year and you have the IMO 2020 fuel switchover, that’s when you’ll start to see the premiums in the time-charter market versus a ship that does not have a scrubber.”

With more clarity about fuel pricing, time-charter activity should theoretically increase. But even before the spread is known, time charters are still getting done. Certain business models require long-term transport contracts.

“There is interest in time charters, in general,” affirmed Svein Moxnes Harfjeld, co-CEO of tanker company DHT Holdings (NYSE: DHT) on the company’s latest call with analysts. “There is still interest to cover.”

On August 13, DHT Holdings time-chartered a scrubber-fitted 2012-built very large crude carrier for three years to a leading refining company at $30,000 per day plus profit sharing.

In other words, Mehrotra believes the time-charter indicator is flashing ‘green’ in terms of future rate strength.

The proportion of spot employment to time charters is not just a signal on future market sentiment. It’s also a key factor in the risk profile of ship owners.

Certain shipping segments depend on time charters more so than others. In the dry bulk, crude tanker and product tanker sectors, there is a much greater emphasis on spot employment, especially when markets are weak. Freight rates in these segments have been bouncing along the bottom since the 2008-09 global financial crisis, often at below-breakeven levels.

Any time charters secured prior to the financial crisis have long since expired. With rates so low, it makes more sense for owners to keep vessels in the spot market and retain the exposure to a potential future rate upswing.

Exposure to future rates is called ‘operating leverage,’ while ‘financial leverage’ refers to a company’s debt load. A cardinal sin in ocean shipping is to have high operating and financial leverage simultaneously; companies with both face a higher risk of bankruptcy. With bulk shipping employment now heavily dependent on spot deals, publicly listed owners in these segments have spent the past decade reducing their financial leverage.

On the latest call with analysts conducted by tanker owner Diamond S Shipping (NYSE: DSSI), chief executive officer Craig Stevenson explained, “When you talk about [financial] leverage, you also need to talk about contract cover [time-charter coverage]. We’ve got 20 percent contract cover right now in sort of the bottom of the market. To the extent we have more spot activity, we would probably like lower [financial] leverage.”

Participants in ocean shipping take it for granted that time-charter terms are enforceable and will generally be honored – which is not the case in all transport markets, including the U.S. domestic trucking market. In trucking, contract rates are sometimes derogatorily referred to as ‘paper contracts,’ as in ‘only good on paper, not in reality.’

If spot rates move against contract rates, trucking contract rates may not be honored. The lack of enforceability has spurred the creation of Trucking Freight Futures to give market participants more certainty in their freight costs and revenues.

In ocean transport, cargo shippers protect themselves from a potential rise in spot rates by signing long-term charter contracts. Long-dated ocean freight futures are largely bought by financial investors speculating on market increases, not by cargo shippers seeking to cap their freight exposure.

Long-dated ocean freight futures are largely sold by either financial interests or ship charterers seeking to protect themselves from falling rates. In the latter case, if rates fall below the charter rate, the charterer’s futures contract pays out, and that money is used by the charterer to offset its charter expense.

The whole system of freight price management in ocean shipping – the mix of spot versus term employment, the balance of operational and financial leverage – hinges on the enforceability of time charters. For insight on the enforceability aspect, FreightWaves interviewed Neil Quartaro, counsel at the New York office of Watson, Farley & Williams.

Quartaro highlighted both legal and reputational pressures that keep both parties in line. In the case of a ship owner breaching a charter contract, “you’ve got a maritime lien over the ship,” he explained.

A typical oceangoing ship can be worth anywhere from $20 million to over $100 million and is very easy to find. The threat of having your ship arrested and not earning revenue offers a strong incentive for owners to honor charter contracts.

If a charterer breaches the contract, the ship owner can sue, “and the owner would win,” said Quartaro, although he noted that collection is more difficult in the case of a charterer’s breach than an owner’s breach.

There is also significant reputational pressure that compels time charterers to honor contracts. “An opportunistic time charterer who is redelivering a ship early [before the original contract maturity] to take advantage of a decrease in rates is going to develop a reputation as an unreliable performer in the market very quickly,” he said.

“There is a very strong commercial pressure for a charterer to perform at the agreed rate. If they start getting into games where they’re functionally treating a time charter like a spot option, that will get out into the market and no one will time charter ships to them anymore,” assserted Quartaro.

Because period contracts in ocean shipping are largely solid and enforceable, time-charter activity, or the lack thereof, offers an important window on market sentiment. Once uncertainty clears on the IMO 2020 fuel-price effect, the time-charter picture will come into sharper focus.

A Peek Into The Markets: US Stock Futures Up Ahead Of Earnings

Largest Bitcoin Ownership Survey Reveals 6.2% of Americans Own Bitcoin, While...