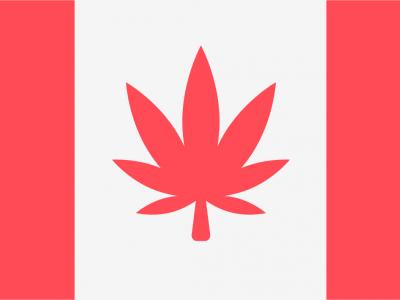 In the study, the agency announced its quarterly data on cannabis use and related behavior for citizens over 15 years old.

After the survey was released, Gerald Butts, former principal secretary to Canadian Prime Minister Justin Trudeau, tweeted that “legal cannabis has wiped out half the black market in a year, just as it was designed to do.”

Although the survey is showing promising results for the Canadian legal market, research shows Butts’ statement to be unrealistic.

The former government official appears to be referring to a specific indicator. Statistics Canada said “nearly half of all cannabis consumers (48%) reported purchasing at least some of their cannabis from a legal source, such as a legally authorized retailer or an online licensed producer.”

Just over four in 10 cannabis consumers, or 42%, reported purchaing at least some of their cannabis from illegal sources, according to Statistics Canada.

Social media controversy aside, the National Cannabis Survey did reveal some interesting findings.

It’s nonetheless important to recall that surveys on subjects related to illegal activity such as black-market cannabis consumption might not be completely accurate due to a possible reluctance from participants to confess to participation in illicit activities to an official source.

The number of Canadians using cannabis remains unchanged despite legalization, which follows the trend already seen earlier this year.

Although overall numbers remained unchanged, senior consumers age 65 and up did report an increase in consumption of 3% to 5%, depending on region.

The Statistics Canada report shows an uneven scale in terms of cannabis consumption between men and women.

Male participants were almost twice as likely to have consumed cannabis within the second quarter of 2019.

Men were also twice as likely to use cannabis on a daily basis and reported consuming cannabis for non-medical reasons to a greater extent than their female counterparts.

When replying about their preferred method of consumption, 77% of consumers said they used dried flowers or leaves as opposed to other mediums like edibles, which accounted for 26% of use. Men were also more prone to consuming dried flowers than women.

Smoking remains the go-to method of intake, with over 65% of all consumers reporting it as their most popular choice.

Today's Pickup: U.S. And Canada To Expand Pre-Clearance To Cargo

How To Have 'The Weed Talk' This Thanksgiving

A Look At Cannabis History In Israel – And More History...