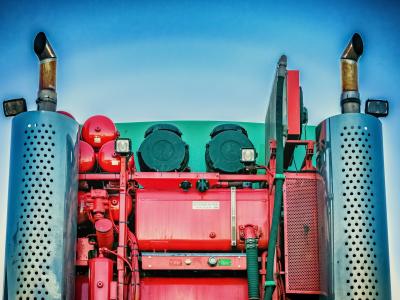 Maersk, the world’s largest container line, has announced a partnership with Indian digital trucking marketplace BlackBuck, marking the shipping company’s entry into the Indian online containerized trucking market. BlackBuck is a heavyweight in the Indian freight digitalization scene, having enrolled roughly 300,000 active trucks on its platform. This collaboration would help Maersk to provide its customers hassle-free movement of export and import containers deep into the Indian countryside.

“Our customers are dealing with fragmented vendors with varying service levels of communications, as well as geographical, financial and infrastructural disparities, resulting in sub-optimal supply chains,” said Arjun Maharaj, head of sales at Maersk South Asia. “At Maersk, we have committed ourselves to working with partners who understand these challenges, match our set of values and have expertise in both logistics and technology.”

Over the last couple of years, Maersk has increasingly been interested in expanding its logistics services ashore – a global trend in which technology is erasing distinct boundaries between different transport modes and pushing companies to collaborate on intermodal logistics.

In 2018, Maersk led a $21.6 million Series A round of funding in U.S. digital freight brokerage startup Loadsmart, which was viewed as the company’s attempt to foray into the containerized cargo movement inland. Loadsmart’s artificial intelligence algorithms use truck availability data from across the U.S. to help clients get instant quotes for full truck loads.

Maersk’s move into road freight logistics in India is not surprising; it comes at a time when companies across the country are restructuring or digitizing inefficient logistics processes. This is in an attempt to reduce its logistics spend as a nation, which currently stands at roughly 14 percent of its GDP. By comparison, the U.S. and most of the developed countries spend about 8 percent of GDP on logistics.

The Indian government wants to reduce the logistics expenditure as a percentage of its GDP to 9 percent by 2022. To hit such ambitious goals, it is essential for India to look at digitizing large swathes of its logistics operations, which can help improve visibility and thereby prop up falling equipment utilization levels across the trucking industry – primarily caused due to the opacity in the spot market and the economic downturn.

For BlackBuck, the partnership with Maersk will mean an increase in volumes shipped via its platform, helping the company scale up further. “At BlackBuck, over the last four years, we have developed our robust product and technology that maximizes the billable kilometres of a truck, delivering higher realization to the truck owners and driving a low-cost transportation network to the shippers,” said Ramasubramaniam, co-founder and COO at BlackBuck in a statement.

“Our product will add significant value to the export-import containerized trucking industry in India that has the additional complexity of meeting the timelines of sea freight connections, apart from other regular trucking-related challenges. Maersk, with its industry-specific knowledge and expertise, will help us transform this space through digitization,” he further added.

The platform will be owned and operated by BlackBuck and will be free to use for the entire industry. Maersk expects this venture to reduce “touchpoints” within the supply chain, leading to greater visibility, shorter transit times, and better rates, as digitalization can do away with several intermediaries that make processes redundant.

However, it is unclear if Maersk Growth, the venture capital arm of Maersk, will look to invest in BlackBuck, as it did with Loadsmart. Narayanasami, vice president at Maersk, contended that the company would consider investing in BlackBuck in the future. However, he further stated that Maersk aims to provide services across a diverse set of niches, which might mean that it cannot afford to buy an equity stake across companies in every sector or market it looks to do business in.

Personalized nutrition could be the next plant-based meat, worth $64 billion by 2040, says UBS

Todd Gordon And John Petrides Share Their View On Gold

Traders hold out hope for a late-day market rescue: 'One Trump tweet can change...

Facebook's Libra: What It Is And How To Use It

Nestle Health Lab Imagine receiving customized nutrition advice based on your personal biologic or genetic profile. That's the "future of food," according to a UBS...

What a week for cannabis stocks! Finally rebounding, ETFs inched alongside many big companies in the industry. Over the last five trading days: The Horizons Marijuana...

Amazon reportedly wants to turn your hand into a credit card

People shop at the newly opened Amazon Go Store on May 07, 2019 in New York City. The cashier-less store, the first of this...

NBCUniversal revealed a critical number about Peacock that shows why media companies are walking...

Toward the end of NBCUniversal's two-hour long presentation of its Peacock streaming video service Thursday, the media and entertainment company dropped a revealing piece...