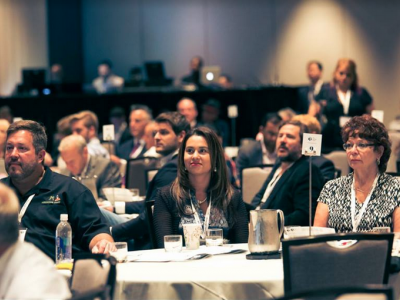 By Javier Hasse and Nina Zdinjak.

In Latin America, the legal cannabis industry is still in the development phase, but its potential is massive.

With more than 600 million inhabitants, the region’s legal cannabis market is expected to reach $13 billion by 2028.

Benzinga spoke with Carol Ortega, the managing director and founder of Muisca Capital Group, a Latin America-focused venture capital firm serving the legal cannabis industry in the U.S. and Colombia.

The company backs Latino initiatives through venture capital, business incubation, acquisitions and events. It aims to develop a portfolio of dominant companies that will form Latino premium cannabis brands around the world.

“What makes us special is that we are Latinos working for Latinos in the legal cannabis space,” Ortega said.

Muisca Capital Group is focused on a virgin cannabis market that’s equal in size to 30% of the population of the U.S.

Muisca is the only company focused on the Latino community, forming a legal cannabis business ecosystem in Latin America and providing Spanish-language cannabis education.

The company’s investment summit Cannabiz Latino HUB is unique for being both the only investment platform for the Latino cannabis industry and also the only formal “Shark Tank”-esque scenario in the region.

Ortega’s company is in charge of the world’s dominant cannabis conference for Spanish speakers, CannaCiencia.

Ortega has provided business and financial consulting services to U.S. and Colombian cannabis start-ups since 2014 and 2015, respectively. She also founded a nonprofit, the Cannabis Entrepreneurs Network, or Red de Emprendedores Cannabicos, that has provided financial and business education to Latino entrepreneurs in Colombia.

Ortega is bullish on the Colombian and Latin American cannabis markets.

An industry that was once a source of conflict has transformed into a “unique opportunity to be a generator of wealth, diversity and inclusion in our communities,” she said.

Legalization in the country stands for peace and inclusion, and that’s why Muisca Capital Group is starting their first investment summit, the Cannabiz Latino HUB – Impact Investment Summit, in Bogota.

The firm expects to close its $9-million seed capital round at Cannabiz Latino HUB, after which it will start providing capital to dominant companies in Colombia.

The potential of the cannabis industry in Colombia is so huge that some even expect it to outgrow the coffee, flower and banana industries together, she said.

The biggest challenge the cannabis industry faces is a lack of education, Ortega said.

“The stigma, fear and ignorance regarding cannabis within the Latino population is one of the biggest challenges. Most of the educational resources are in English, and while educational settings are created and the industry evolves for Spanish speakers, major opportunities for wealth generation have been missing in the Latino community due to prejudice,” she said.

Of course, this is not the only difficulty.

Due to the federal ban on cannabis in the U.S., a substantial percentage of the financial industry in Colombia is not entering the market, even though the country itself has legalized medical cannabis.

Ortega expects that to change to some degree this year and for Colombia to start receiving funds directly from the U.S.

Latin America is lagging behind in venture capital regulations, she said.

For example, Colombia just passed a fintech law at the end of 2018 that allows financial entities to invest directly in entrepreneurship projects.

“I have been involved in Colombian financial regulation since 2011, and finally we have regulated vehicles such as crowdfunding for the country,” she said.

“This gives us a lot of flexibility, almost at the same level as the U.S., placing Colombia as a leader in LATAM in terms of venture capital.”

Spiking oil prices have led to recessions in the past and that's why the...