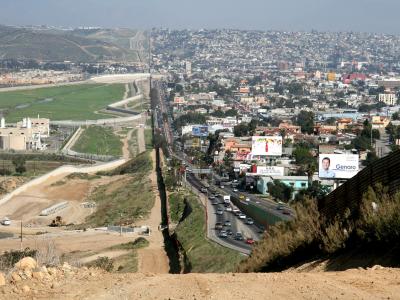 COAC is proposing the legislation, and no bill has been introduced or considered by Congress, noted Brian White, a COAC member and director of global compliance for trade and responsible sourcing for The J.M. Smucker Company (NYSE: SJM), in an email to American Shipper.

COAC also is recommending that CBP and relevant partner government agencies explore the reasons for underutilization of U.S. tariff preference levels by Northern Triangle countries and how to enhance such opportunities, taking into account U.S. industry and current trade policy.

There is some COAC backing for an executive branch mandate to support creation of a security governance initiative (SGI) for the Northern Triangle, similar to such an initiative in Africa, White said.

Started in 2014, the current SGI joins the U.S. with six African partners and offers a comprehensive approach to improving security sector governance and capacity to address threats.

Among other things, the SGI involves funding provided by the U.S., data sharing between countries and a goal to increase partner nation capacity to meet security needs, such as countering transnational threats, and contributing to regional and international security and stability.

“This is the first the idea was made publicly available,” White said. “CBP is now considering our recommendations and will determine next steps.”

CBP didn’t immediately respond to a request for comment.

WTT?!?: The 5 Stages Of Cybertruck

Bonds May Collapse While The Fed Injects QE4