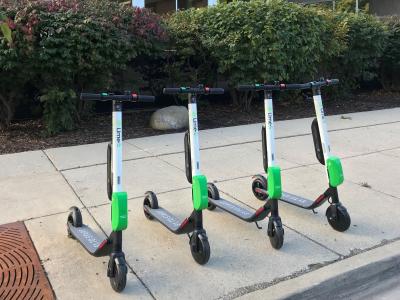 California-based Lime has its sights on expansion in car-addicted Texas.

This opening comes at a sticky time for Lime and San Antonio. The city only allows three dockless vehicle companies to operate within the city, and while Lime is bidding for one of those spots, its new facility has no bearing on that vote, taking place in October.

Lime faces the same issue in Houston, where dockless scooters aren’t permitted, but Lime also has opened an operations facility there.

Micro-mobility is a fast-growing and controversial segment of on-demand transit. The shared use of very light vehicles (e-scooters, pedal bicycles and e-bicycles) attempts to revolutionize the last mile of personal transportation and reduce both urban congestion and environmental waste.

Lime users must first download the app to unlock the scooter or bike, then they journey one-way until they have arrived at their destination and simply park the vehicle on the sidewalk. It costs $1 to start and $0.15 per minute after that.

Companies like Lime, Bird and Jump Bikes have altruistic visions. “We believe that city life is a beautiful life,” reads Lime’s website. “Cruise past traffic and cut back on CO2 emissions – one ride at a time,” reads Bird’s website.

And while Lime’s website recommends riders wear helmets, never drink alcohol before driving, and use bike lanes when possible, the news cycle and street chatter are full of reports otherwise.

Like a few days ago, when San Diego mayor Kevin Faulconer announced that the city is taking steps to revoke Lime’s permit, since it had violated the geofencing regulation to control speed. Lime employs 130 full-time workers and 3,000 gig economy workers in San Diego, according to General Manager Kimia Taebian.

Since its beginning in 2017, Lime has raised $777.10 million, and according to Pitchbook’s 2018 data, has employed 500 people. In that short time, Lime partnered with Segway, Uber and NFL running back Marshawn Lynch’s company, Beast Mode Apparel.

Like the speeding problem in San Diego, other cities like Fort Lauderdale, Milwaukee and San Francisco have stumbled into trouble with the scooters, ranging from collisions with cars to scooters catching fire or breaking in half. Some cities have even rescued scooters from their waterways.

But Lime moves ahead with the backing of venture capital and hopes that car-reliant metropolitan areas like San Antonio will embrace a cleaner, more communal way to navigate city life.

Until then, Lime crosses its fingers for a favorable October vote.

After Caviar, Square Is Set To Refocus On What They Do Best