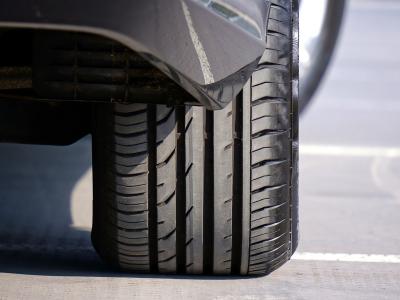 Quebec-based Ovation Logistics took delivery of the first of three electric trucks this past week, beginning what the last-mile provider’s CEO hopes is an eventual transition for its Canadawide fleet.

Ovation, which specializes in home deliveries of bulky goods like refrigerators and washing machines, has a fleet of more than 220 trucks based out of 16 locations across Canada.  Ovation will deploy the Nordresa T4+ Class 4 trucks in the Montreal area for Brault & Martineau, a retail chain selling furniture, electronics and appliances.

The trucks are built on an Isuzu chassis in Laval, Quebec, and Ovation’s have a minimum range of 285 kilometers – a figure based on lower electric performance in wintertime. Their size perfectly suits what a two-person team can typically deliver in a day, Gagné said.

“This thing has never been done before in Canada,” Gagné said of the use of electric trucks for the so-called “big and bulky” last-mile deliveries.

“This thing has never been done before in Canada.”

Ovation operates on an asset-light model, subcontracting the deliveries themselves. An Ovation delivery partner is leasing the trucks, a model that would continue if the fleet conversion goes forward.

Gagné wouldn’t disclose the leasing costs, but he said the Quebec government offsets about 40%, offsetting the higher expense of electric versus conventional models. The result is that the electric trucks pay for themselves far more quickly with a projected fuel savings of C$18,000 to C$27,000 per truck.

“We make money the first month,” Gagné said. “If the technology proves itself, I have confidence we can convert our fleet based on return on investment,” Gagné said.

Gagné hopes to deploy another Nordresa vehicle in British Columbia during the first quarter of 2020. If the trucks perform as expected, Gagné envisions having 70 to 80% of its fleet operating on zero-emissions vehicles by 2025.

Ovation expects to perform about 900,000 deliveries this year. While ultimately the fleet conversion has to make sense for the bottom line, Gagné sees a higher purpose as well.

“I have five children, so I care about the future,” Gagné said.  “Many colleagues have kids too. We all agree that we need everything we can do to help the planet.”

Police are looking for the thief made off with a C$187,000 shipment of cheese after presenting  fraudulent paperwork to business in Ontario.

The theft occurred on Aug. 9 when a man pulled up with a truck and trailer to a business in Tavistock, Ontario. He presented false paperwork and then picked up a shipment bound for New Brunswick.

Police are investigating what is an unusually large cheese theft.

“The good news for us is that there’s some video surveillance,” said Ontario Provincial Police Constable Ed Sanchuk.

Sanchuk wouldn’t provide details on the status of the investigation, but said the case is a reminder that shippers need to use care when releasing cargo.

“You need to make sure you double check the manifest,” Sanchuk said. “When it doubt, make a few phone calls.”

A funeral was held for Ontario trucker Christopher Hesch on Aug. 24, a week after he died in a workplace accident.

“For 20 years you were my rock, my soulmate, my best friend. You were my biggest cheerleader. My whole world is shattered without you. Rest easy my love and enjoy the ride on heaven’s Highway,” wrote his widow Shelley Uvanile-Hesch, a fellow trucker and CEO of Women’s Trucking Federation of Canada.

Hesch, 61, died on Aug. 18 following the incident at Sharp Transportation in Cambridge, Ontario.

Parental Control Software Market Grow to USD 3,702.94 Million With Registering a CAGR of...

NOT FOR RELEASE, PUBLICATION OR DISTRIBUTION, IN WHOLE OR IN PART, IN OR INTO OR FROM ANY JURISDICTION WHERE TO DO SO WOULD CONSTITUTE...