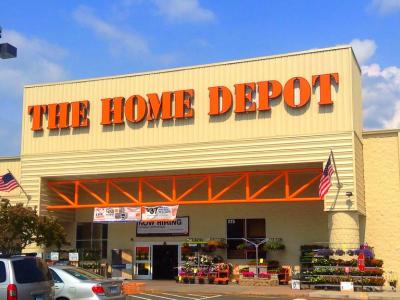 Big box retailers have mobilized their quick-response distribution networks to funnel critical merchandise to stores in Florida and surrounding states expected to be impacted by Hurricane Dorian.

“We’ve been flowing product in all week and we’re preparing to continue that until landfall,” Rob Kusiciel, Lowe’s vice president of transportation and flow, told FreightWaves. “And as soon as we can get back into the market we’ll [help] with recovery phase as long as customers need us.”

Home Depot has already dispatched more than 500 truckloads to the region.

The storm is picking up intensity over the Caribbean and could reach Category 4 level by the time it makes landfall Monday or Tuesday, according to meteorological forecasts. Dorian is currently predicted to come ashore in south Florida, taking dead aim at Port Everglades, a major container port and petroleum terminal in Fort Lauderdale. One-fifth of Florida’s energy requirements come from petroleum, including jet fuel, that is stored and distributed by companies located at the Fort Lauderdale seaport.

Merchandising, operations, replenishment and supply chain teams at company command centers are working with suppliers and carriers to deliver supplies to stores in the storm’s potential path, according to each of the retailers.

Lowe’s prepares for the hurricane season by identifying what types of items customers will need and building up inventories at certain distribution centers and designated stores. When a natural disaster looms, the Mooresville, North Carolina-based chain begins to push supplies to the threatened market, Kusiciel explained.

Walmart’s crisis team in Bentonville, Arkansas is making sure that all business teams are aligned to ensure that the retailer is stocking necessary items and tracking shipments, spokesman Casey Staheli said.

“We are currently tracking predicted wind speeds and precipitation levels to keep our drivers safe while also ensuring we deliver critical supplies to our customers,” he added.

More than 150 Home Depot stores are in areas that could feel storm effects. The retailer has sent more than 540 trucks with supplies from pre-stocked warehouses to the storm zone so far, it said in a statement.