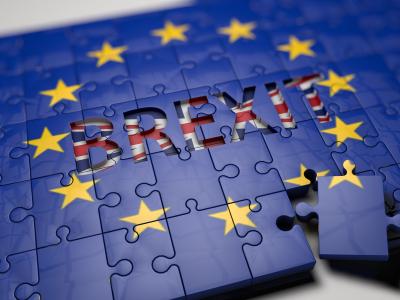 Although consumption rates in Europe have remained durable and kept cargo demand reasonably buoyant this year, the U.S.-China trade war and ‘Brexit’ are casting dark clouds over the European economy and freight outlook, according to analysts and executives.

“I think the biggest problem right now is the uncertainty that is causing people to hold off on investments and making decisions,” said Sebastiaan Scholte, a member of the advisory board of Champ and, before stepping down from both positions in July, chairman of The International Air Cargo Association (TIACA) and chief executive of Jan de Rijk Logistics.

“Most of that uncertainty comes from the U.S.-China trade dispute. The ‘Brexit’ effect is a lot smaller in terms of its impact on the global economy, but it adds to uncertainty,” Scholte added.

A global slowdown has affected growth across western Europe in 2019. Germany’s traditional reliance on exports has proven particularly vulnerable, while the U.K. continues to wrestle with uncertainty over its departure from the European Union, which has already been postponed once this year and is now scheduled for October 31. Both leading European economies reported negative gross domestic product growth in the second quarter, raising fears of a recession.

“As a consequence, we have decided to lower our euro area gross domestic product growth forecasts for 2019 and 2020 by 0.1 percentage point to 1.0 percent and 1.1 percent year-on-year, respectively,” added Nomura.

This has translated into substantial price declines on key air freight lanes into Europe. For example, the average air freight rate from Shanghai Pudong International Airport to Europe on September 2 was $2.20 per kilogram (kg), according to TAC Index – Contracting Agent. This compared to $2.83 per kg on September 3, 2018.

“Upheaval in international relations has been the order of the day this year,” noted WorldACD. “Now that consumer goods have also been targeted for tariff increases, air cargo figures as from August may well take an even deeper dive than shown so far.”

Scholte said the downturn in air cargo markets reflected the general economic malaise. “The global air cargo market is a leading indicator and year-on-year growth has been in retreat for eight consecutive months so that tells you where we are now.”

However, while the evidence of a slowdown in Europe is clear in air freight markets and from key economic indicators, signs from the container shipping sector are decidedly mixed.

Iván Tintoré, CEO and co-founder of digital freight forwarder iContainers, told FreightWavesthat liner shipping capacity into Europe was currently tight, but freight demand this year had been uneven and this was exacerbating pricing volatility.

“There’s currently quite a big difference in trade activities across EU countries,” he said. “For example, German exports may have slowed, but southern European countries are experiencing just the opposite – an increase in both export and import activities.”

There is some evidence of a north-south divergence in Europe’s ocean markets this year. Spot container freight rates on August 29 from Shanghai to Rotterdam were 14 percent lower than a year earlier, according to the World Container Index as assessed by London-based shipping consultancy Drewry. By contrast, rates from Shanghai to Genoa were up 3 percent  year-on-year.

“Price fluctuations have also become common,” added Tintoré. “Be it from Brexit uncertainty, the economic slowdown in general, or an amalgamation of factors, we’re now seeing significant price changes every two days as opposed to once every 15 days or so that shippers are used to.”

Moreover, Simon Heaney, senior analyst for Container Research at Drewry, believes the trade war has created new opportunities for European manufacturers. “The U.S.-China trade war appears to be benefiting Europe as both sparring countries are looking elsewhere to fill the gaps,” he said.

“There is less evidence that Brexit is having any impact yet, although anecdotally some front loading is occurring, and we expect some modal shift toward containers from roll-on/roll-off  in future if/when we ever leave.”

Overstock.com Appoints New Retail President and Announces Updates to the Board of Directors

SoftBank is launching a second version of its $100 billion fund...