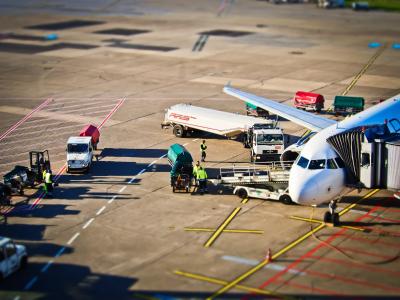 Montreal–Mirabel International Airport will get C$107 in investments to improve air freight and logistics at the cargo-only facility, which also hosts a production site for the Airbus 220 aircraft.

Minister of Transport Marc Garneau announced the investment of C$50 million (a Canadian dollar equals US$0.75) from the federal government and C$57 million from the airport authority on September 3. It will fund improvements to the tarmac and road network, an increase in aircraft parking and the construction of a 215,000-square foot warehouse dedicated to air freight.

Mirabel stopped handling passenger traffic in 2004. But it serves as the heart of Canada’s aerospace industry, including Bombardier, Airbus (EADSF) and Bell. The Airbus 220 program has given a much-needed boost to an industry in long-term decline.

Airbus has expanded its facilities at Mirabel, where it produces the A220 with the original developer, Bombardier. Airbus , which has more than 500 orders for the twin-jet aircraft, expanded production in Mobile, Alabama, to serve U.S. customers.

As the aircraft’s production ramps up, so will support activities. At the Paris Air Show in June, Bolloré Logistics Canada, J2 and Group Robert announced a partnership to support logistics and supply chain activities in the aerospace sector.

Quadric.io Announces $15M in Funding to Build First Ever Supercomputer for Edge Devices

Take a look at some of the biggest movers in the premarket: Hilton Worldwide (HLT) – The hotel operator lost 61 cents per share for...

Rally Hats On To Start The Day As Hopes Build For...