Navistar said it has reduced assembly production rates at plants in Ohio and Mexico by 15 percent, reversing production added through overtime and weekend shifts earlier in the year.

Ten analysts who cover the company estimated earnings per share of $1.21, according to investor site Seeking Alpha. Navistar shares traded as much as 11% higher in premarket activity on Wednesday, Sept. 4.

Revenues in the quarter were $3 billion, up 17% from the same period a year ago. That was primarily due to a 28% increase in volumes in sales of Class 6-8 trucks and buses in the United States and Canada. The consensus estimate for revenue was $2.92 billion.

“This was another great quarter for Navistar,” said Troy Clarke, Navistar chairman, president and chief executive officer. “Market share increased, revenues and earnings grew at double-digit rates, and we made significant investments in our operations and our Uptime promise.” 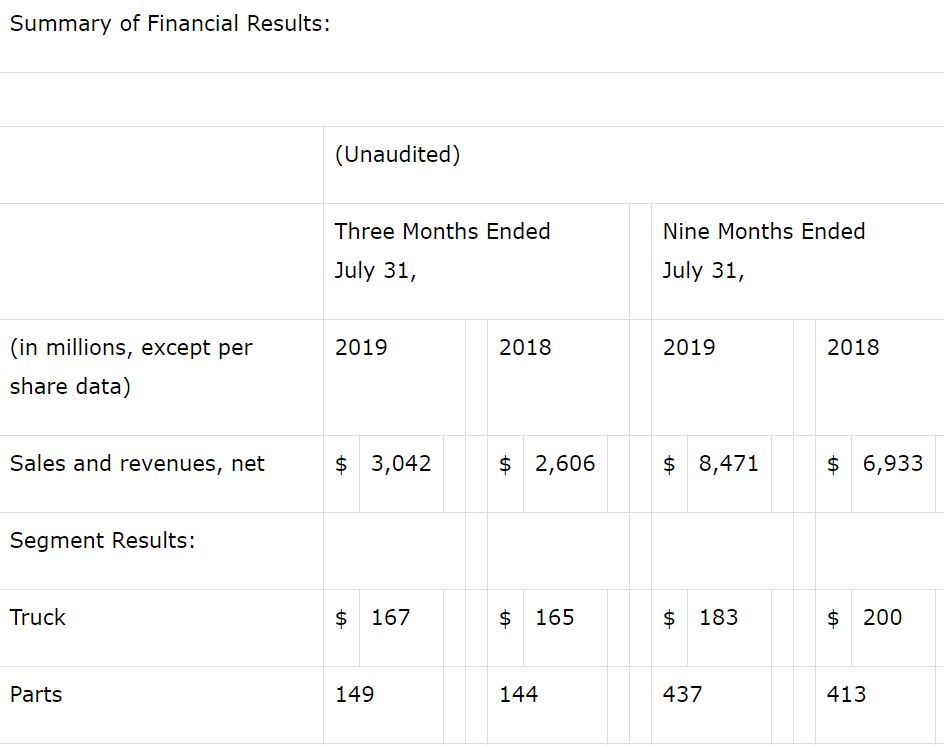 Third quarter 2019 adjusted earnings before interest, taxes, depreciation and amortization (EBITDA) was $266 million, compared to $218 million in the fiscal third quarter of 2018.

The company announced during the quarter it would invest $125 million in new and expanded manufacturing facilities at its Huntsville, AL, plant to produce next-generation big-bore powertrains developed with its global alliance partner Traton.

Navistar reaffirmed guidance for 2019 full-year revenues of between $11.25 billion and $11.75 billion. The company expects adjusted EBITDA to be between $875 million and $925 million.

“We are on course for a strong end to 2019, and we’re not standing still,” Clarke said. “The company is recapturing market share and is growing revenue, EBITDA and cash flow. We remain focused on setting ourselves up for long-term success.”

TradeStation Securities Awarded “Best for Active Trading” and for the Eighth Consecutive Year “#1...

The Intertain Group Limited: Recommencement of trading of exchangeable shares

China Has Three Times More Blockchain Patent Filings Than US