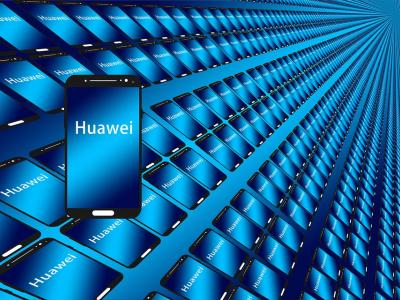 The FAQs specifically address Huawei’s placement on the Entity List and the application of the temporary general license (TGL) for U.S. exports to the Chinese telecommunications company.

However, most of the FAQs lack new information for compliance experts who have been dealing with the Huawei export controls since the spring.

“I didn’t expect to find anything in the FAQs that shed any new light on the Huawei Entity List issues,” said Doug Jacobson, a Washington, DC-based attorney who specializes in U.S. export controls. “Most of FAQs are fairly standard, and I’ve been dealing extensively with the issue for four months already.”

He also added that the temporary general license is “very limited in scope.”

Jacobson said some of BIS’ answers to the questions were incomplete. For example, the question, “Does de minimis apply to the Huawei Entity List Rule?” stated, “Unless authorized by the TGL or the savings clause in the Huawei Entity List Rules, a license is required to export, reexport or transfer (in-country) any item subject to the EAR (Export Administration Regulations) to Huawei or any of its listed affiliates. Items not subject to the EAR are not subject to the Entity List’s requirements.” The answer failed to mention that the de minimis level for China is 25%, he noted.

Paul DiVecchio, a 40-year export compliance consultant located in the Boston area, said, “I give the agency credit for supplying some information through the FAQs. However, as far as I’m concerned, there are more important questions that BIS hasn’t even touched.

“U.S. companies are frustrated by the lack of progress on this issue, particularly since BIS encouraged companies to submit license applications after the president’s statements at the G-7 Summit at the end of June,” he said.

As part of their corporate compliance programs, U.S. exporters and their overseas affiliates must be aware of those entities on the Entity List to avoid running afoul of the Export Administration Regulations and being subject to substantial penalties.

However, the Entity List does not preclude a U.S. company or organization from doing business with a listed entity per se. It simply imposes additional license requirements and limits the availability to most license exceptions for exports, reexports and transfers to listed entities. The practical reality is that a license application must overcome the presumption of denial, which is a significant hurdle, Jacobson said.

On May 20, BIS established a 90-day temporary general license, which it has subsequently extended another 90 days, to allow U.S. exporters who meet certain regulatory conditions to continue conducting business with Huawei and its overseas affiliates on the Entity List.

“Authorized transactions” include the continued operation of existing networks and equipment, support to handsets acquired before Huawei’s placement on the Entity List, cybersecurity research and vulnerability disclosure, and “engagement as necessary for development of 5G standards by a duly recognized standards body.”

BIS said the temporary general license does not relieve companies from other U.S. export control obligations related to China under the EAR.

Tudor Jones says this will be the 'Second Depression' if we remain in lockdown...

A Peek Into The Markets: US Stock Futures Down; Dow Futures...