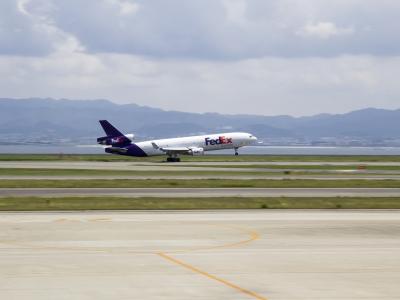 The U.S. Justice Department on behalf of the Commerce Department has asked the U.S. District Court in the District of Columbia to drop a lawsuit filed against it by FedEx Corp. (NYSE: FDX), challenging the application of the Export Administration Regulations (EAR) to express carriers.

“[FedEx] believes that it should be exempt from the EAR based on the apparent premise that Congress should have shielded it from certain potential liabilities, as Congress allegedly has done with regard to internet services providers under the telecommunications laws,” the Commerce Department said in its lawsuit dismissal request.

“But FedEx has turned to the courts for relief, not Congress. And here, the two claims it asserts fall well short of what is required to get past the pleading stage or invoke this court’s jurisdiction,” the department added.

FedEx filed the lawsuit on June 24 stating that the EAR violates common carriers’ rights to due process under the Fifth Amendment of the U.S. Constitution since they “unreasonably hold common carriers strictly liable for shipments that may violate the EAR without requiring evidence that the carriers had knowledge of any violations.”

“This puts an impossible burden on a common carrier such as FedEx to know the origin and technological makeup of the contents of all the shipments it handles and whether they comply with the EAR,” the company said in a statement regarding the lawsuit.

“The EAR are rationally related to the government’s legitimate national security and foreign policy interests, and the same is true for applying the EAR to entities like FedEx,” the Commerce Department said. “Requiring FedEx and similar companies to comply with the EAR incentivizes such companies to monitor their shipments, thus making it less likely that violations of the EAR will occur. FedEx has failed to state a colorable claim under the Fifth Amendment, and its substantive due process claim should be dismissed.”

The lawsuit follows FedEx’s refusal in June to ship a Huawei mobile phone from Britain to the U.S., after the Chinese telecommunications company was added to the Entity List on May 16.  The Chinese government has criticized the express carrier for the incident. Huawei Technologies Co. and nearly 100 of its overseas affiliates are on the Commerce Department’s restrictive Entity List.

FedEx has 14 days to respond to the Justice Department’s motion to dismiss.

FedEx’s rivals, UPS Inc (NYSE: UPS) and DHL, either have chosen not to join the lawsuit or file their own complaints.

Bank of America's small business loan portal is up, making it the first major bank to begin program

When Investing In Cannabis Stocks, Think Like A Banker: 5 Tips To Avoid Fraud

9 Things You’ll Realize After Your First Year of Entrepreneurship

EUR/USD: Bulls May Need To Wait