Did Draghi do “whatever it takes”? Mario Draghi, President of the European Central Bank, has successfully won over his colleagues and convinced them to announce a new bond-buying scheme. The ECB will begin buying bonds at a pace of €20 billion per month from November – just as Draghi retires.

The money-printing scheme (or Quantitative Easing) came on top of a rate cut of 10 basis points and initially sent EUR/USD lower. However, as the dust settled, investors looked differently at the new measures. While the QE program has no time limits (something that may haunt the euro, later on, the initial scope of €20 billion is at the lower end of expectations. Moreover, the interest rate cut has also been limited and came with a tiering system – exemptions from the negative rate for some banks – thus limiting its effect.
Last but not least, the Frankfurt-based institution has upgraded its call on governments to do more. Draghi repeatedly said that countries with fiscal space should act and do it now. He praised the efforts and the success of the ECB in creating jobs and stabilizing the economy – also thanks to his pledge to “do whatever it takes” to save the euro. And now, he has thrown the ball in governments’ courts. Even if the bank could have done more, it has sent a message that it is near its limits.

Draghi has only one rate decision left as president before he passes the reins to Christine Lagarde. While the French politician may expand the QE program, euro bears need more immediate action to push the common currency lower.

US President Donald Trump also seems like he is ready to throw the towel on his trade wars with China. After postponing tariffs on China – for the second time in a month – he is warming up to an “interim deal” with the world’s second-largest economy. Such an accord would include removing some of the levies and settling for Chinese commitments to curb theft of Intellectual Property (IP).

Agreeing to minor concessions from Beijing and removing duties would be a significant blow for Washington and especially for “tariff man” – as the president labeled himself last year. It may be necessary to avert a recession ahead of the 2020 presidential campaign. For markets, calm in international trade is good news. Markets are currently cheering the story, and the risk-on sentiment is somewhat weighing on the greenback.

The focus now shifts to top-tier US data. 70% of the US economy is centered around consumption and the retail sales report for August comes just five days before the all-important Fed decision. Moderate increases are expected in sales after significant leaps in July. The US consumer is carrying the economy forward while investment is sluggish.

The last word of the week belongs to the American consumer as well. The University of Michigan’s preliminary Consumer Sentiment Index for September is forecast to show an improvement after a significant dip in August.

All in all, markets will be digesting the ECB decision, following trade developments, and watching US data. 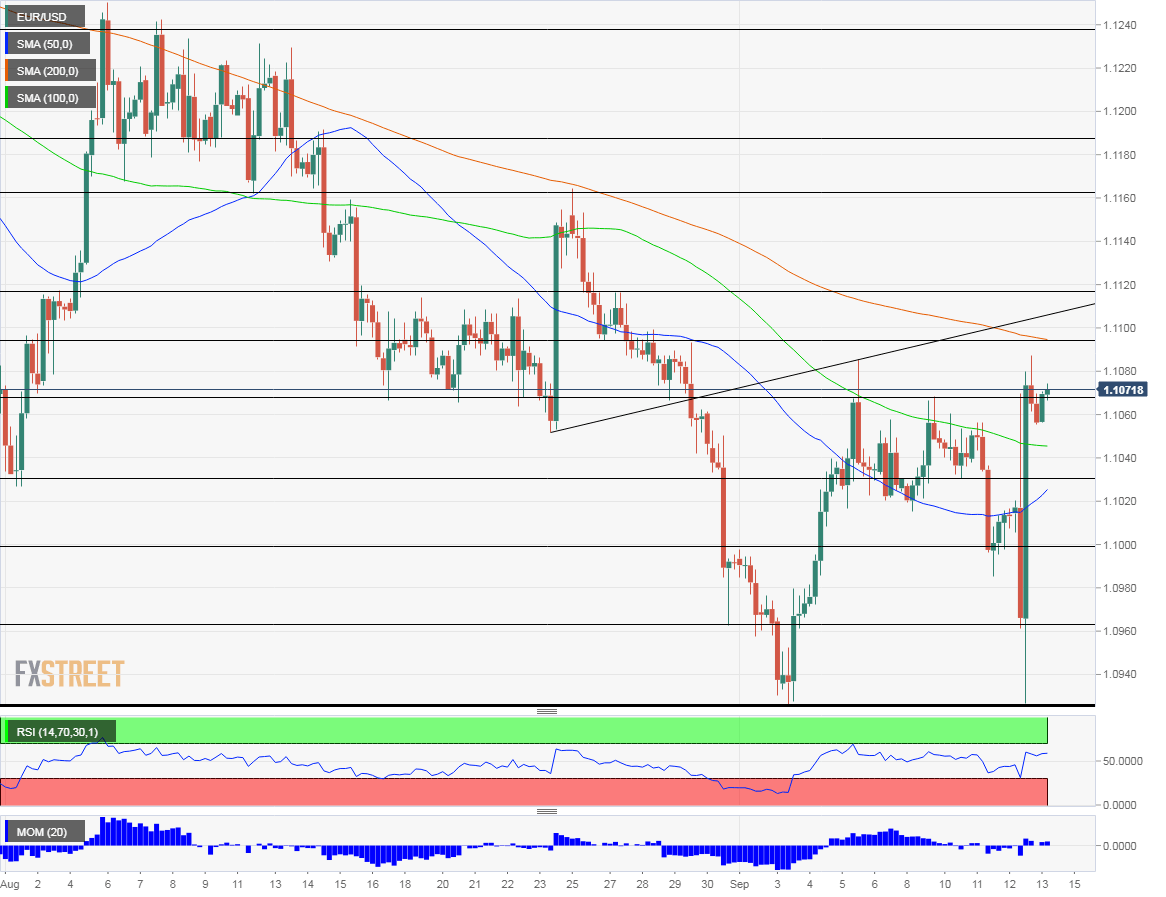 EUR/USD has topped the 50 and 100 Simple Moving Averages on the four-hour chart and enjoys upside momentum. 1.1095 is critical resistance as it is the confluence of the 200 SMA and a level that worked as both support and resistance in late August.

Union Pacific Confident In Its March Towards A Lower Operating Ratio