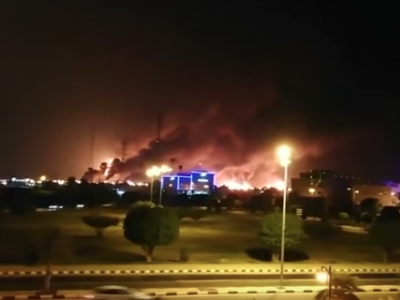 Saudi Aramco has had to cut production by as much as 5 million barrels a day after the Houthi rebel group in Yemen led a drone attack on the the biggest crude-processing plant.

The shutdown amounts to about 5% of the world’s daily production of crude oil, according to The Wall Street Journal.

A source told Bloomberg Aramco believes it will be able to restart production fairly quickly.

“For the oil market if not global economy, Abqaiq is the single most valuable piece of real estate in planet earth,” Bob McNally, head of Rapid Energy Group in Washington, told Bloomberg.

Vice Premier Liu He to sign 'phase one' trade deal in Washington this week,...

Goldman is bringing traders back to offices in New York and London in the...

A pedestrian passes in front of 200 West St., which houses the headquarters of Goldman Sachs Group, in New York. Scott Eells | Bloomberg |...

Jeffrey Gundlach is shorting the market, says a retest of the...