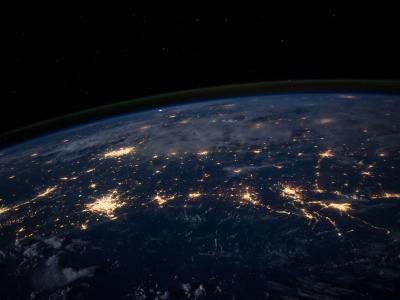 After completing the purchase of Panalpina in August, Danish logistics giant DSV is optimistic that the economic headwinds buffeting global trade will not prove too damaging.

And on the transpacific container trade, DSV’s ocean volumes are also currently “steady,” although U.S. buyers are switching sourcing of goods to China alternatives as a result of the U.S.-China trade war.

“The current volume flows on the transpacific trade are still rather stable, but we noticed that a certain amount of volume has shifted from China to other southeast Asian countries,” he told FreightWaves.

“The threat of material higher import costs due to duties for goods ex China drives buyers in the U.S. to look for alternative suppliers in Asia. Despite that, we have not seen a massive drop in volume on the transpacific yet, but we have seen a shift in supplier locations.”

However, rising tariffs and protectionism have created a climate of uncertainty that is impacting investment worldwide.

“The entire discussion around the trade war and the further deployment of even higher penalty duties leads to more and more uncertainty on a global basis,” said Hollstein.

“We are not saying that this is the root cause for the cooldown in the global economy, but it can be seen as one of the drivers.”

As a result, companies are now “reluctant” to make big investment decisions as macroeconomic uncertainty due to the U.S.-China trade war buffets confidence.

“Europe has a lot of engineering competence, but in an environment in which producers and consumers are uncertain and prefer to watch what the future will bring, there is no need for technology adventures or investments. These are being pushed forward,” he said. “This of course leads to less global trade.

“Local and national consumption in most of the European countries is still high. Without that we most likely would see much stronger signals of a crisis.”

DSV was ranked the sixth-largest 3PL in the world in 2018 with revenues of about $12.5 billion, according to Armstrong & Associates. Its $5.5 billion acquisition of Swiss forwarder Panalpina and its 2018 revenue of $6.2 billion saw the combined DSV Panalpina entity jump to fourth place in the global rankings, behind DHL Supply Chain & Global Forwarding ($28 billion revenue in 2018), Kuehne + Nagel ($25.3 billion) and DB Schenker ($20 billion).

Daseke's Earnings Ahead Of Analysts' Forecasts; No Updated Guidance