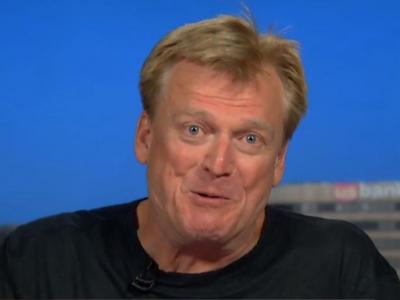 A new filing on Wednesday evening revealed Byrne cashed out of almost his entire remaining Overstock shares after executing a plan to force short sellers to cover their positions.

A new SEC filing revealed Byrne sold almost all of his nearly 4.8 million shares of Overstock for a total of more than $90 million. The sales were executed at an average price of around $19.15 per share.

Byrne is credited with spearheading Overstock’s aggressive push into cryptocurrency and blockchain technology. Overstock was one of the earliest online retailers to accept bitcoin back in 2014, and shares of the company’s stock soared more than 400% during the cryptocurrency boom of 2017.

In recent years, Byrne has been vocal about his efforts to sell Overstock’s e-commerce business and focus entirely on its cryptocurrency and blockchain investments. Unfortunately, Byrne never found a buyer for the e-commerce business, and Overstock’s share price crashed from near $90 in early 2018 to under $9 earlier this year.

Shares spiked over the summer when Byrne said there were multiple buyers interested in the e-commerce business, but they cooled when no subsequent deal was announced.

In August, Byrne confirmed he had been involved romantically with Russian spy Maria Butina, tweeting that he had been “the notorious ‘missing Chapter1’ of the Russian investigation.”

Byrne has often butted heads with Overstock short sellers, even going so far as to claim short selling efforts were being led by an unidentified “Sith Lord,” a person whom he claimed to be “a master criminal from the 1980s.”

Prior to leaving his position as CEO, Byrne implemented a plan to put short sellers in a difficult position by issuing an Overstock dividend paid in an obscure digital security. Since short sellers are responsible for paying dividends on their borrowed shares, many simply covered their positions prior to the Sept. 23 record date rather than deal with the dividend ordeal.

The mass of short caused Overstock shares to roughly double from around $15 per share to open September to above $29 per share by Sept. 13. Byrne seemingly took advantage of the opportunity to unload his position this week.

Overstock shares dropped 16% on Wednesday and Thursday morning on reports of Byrne’s exit and a New York Post report that brokers such as JPMorgan and Morgan Stanley were allowing short sellers to pay the cash equivalent to the digital dividend.

Byrne commented on the situation on his DeepCapture blog on Thursday:

“I started receiving detailed messages saying that since the morning of last Friday (13th), major prime brokers on Wall Street (e.g., JP Morgan, Morgan, and Goldman) were telling clients that the SEC had let them know last Thursday night and Friday morning that they going to do something special to let short-sellers off the hook (and incidentally, I can easily trace back the names of the people at the primes saying that). These prime brokers were, in short, promising clients that the SEC would call ‘Bazoomba!’ for them.”

The Overstock crypto dividend is set to be paid on Nov. 15 and will mark the end of the Patrick Byrne era at Overstock. Investors will now be able to return their attention to the company’s plans for the future, which may or may not include the sale of its e-commerce business.

Investors should get a clearer picture of the company’s path forward when it reports third-quarter earnings in November.

Do you agree with this take? Email feedback@benzinga.com with your thoughts.

apM Coin to Premiere on Bittrex Global on November 14th