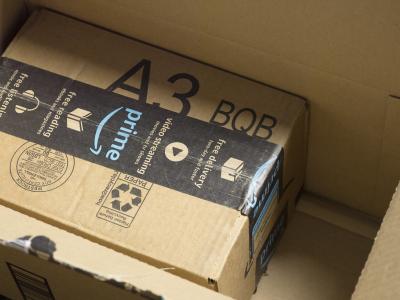 Raising the stakes in the eco-friendly delivery wars, Amazon.com, Inc. (NASDAQ: AMZN) said it has ordered 100,000 electric delivery vans from electric vehicle startup Rivian. The announcement coincided with a broader pledge to reduce greenhouse gas emissions the e-giant generates by delivering over 10 billion packages a year.

“We want to be leaders and role models,” CEO Jeff Bezos said during an event at the National Press Club in Washington, DC, on Sept. 19. “We’ve been in the middle of the herd on this issue. And we want to move to the forefront.”

In addition to the all-electric vans, Bezos announced a new $100 million reforestation effort, as well as a broader initiative to make the company carbon neutral by 2040.

Amazon and Rivian get closer

The deal is a feather in the cap for Rivian, a Michigan-headquartered startup that to date had positioned itself as an adventure vehicle maker. Prior to today’s announcement the company had only revealed plans for an electric pickup truck, the Rivian R1T, and an electric SUV, the Rivian R1S.

The news also adds to speculation that Amazon is interested in acquiring Rivian, after the e-giant led a $700 million round in the company last February.

In a July LinkedIn exchange with FreightWaves, e-commerce consultant Brittain Ladd said he expected Amazon to announce in 2019 -2020 that it is buying the EV maker.

“Amazon understands the value of trucking and trucks to its operations,” Ladd said, “and Rivian will provide Amazon with a platform to increase the use of EVs for deliveries as well as disrupting trucking.”

The last part of that statement has proven prophetic. A Rivian spokesperson said the first Amazon delivery vans will hit the road in 2021, with 10,000 expected to be ferrying shipments by 2022.

“It is the largest EV delivery vehicle order, ever,” the spokesperson said, adding that Rivian will not sell the vehicles to other delivery companies. “These are last-mile Prime vehicles,” she said.

When fully deployed, Rivian’s 100,000 vehicles are expected to save 4 million metric tons of carbon dioxide each year.

The Bezos announcement, also detailed in a company blog post, was delivered in tandem with a lofty new climate change initiative aimed at meeting the emission-reduction goals of the Paris Climate Accords 10 years ahead of schedule.

Amazon has been targeted by critics — including its own employees — for not taking sufficient action to reduce greenhouse gases generated by its massive e-commerce business.

Beyond the environmental benefits, there are practical reasons Amazon is boosting investment in electric vehicles, said Andrew Winston, an author and president of Winston Eco-Strategies.

“The reality is that the operational cost of a commercial electric vehicle is lower,” Winston said in an email. He cited a UPS Inc. (NYSE: UPS) announcement last year saying the company was buying electric vans at the same price or lower than gas vehicles, and that the expected cost would be 20% lower thanks to less maintenance and improved efficiency.

“The bottom line here is, well, the bottom line,” Winston said. “One of the main reasons Amazon is likely making this commitment is that it’s just better for their business.”

All of the delivery companies, he added, should have moved to electric vehicle sooner.

The race to green delivery

UPS’s fleet of 130,000 vehicles currently includes more than 10,000 alternative fuel and advanced technology vehicles, a spokesperson said. More than 1,000 of those are all-electric and hybrid-electric vehicles.

DHL Express aims to run 25% of its fleet on alternative fuels — either electric, propane, hybrid or hydrogen — by 2020, according to spokesperson Pamela Duque. Its current proportion of green vehicles clocks in at around 13%.

The Amazon-Rivian deal should accelerate these efforts, said Winston.

“The number is of course bigger than anything anyone else has done,” he said. “You can bet that FedEx and UPS are also going to ramp up their deployments dramatically. It remains to be seen who can get them on the road the fastest.”

With additional reporting by Mark Solomon