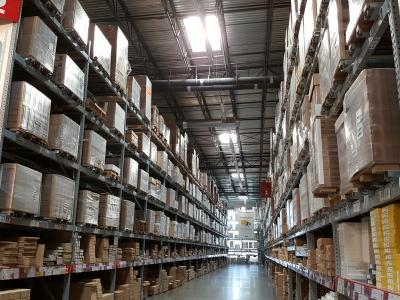 The holiday season will be upon us in a couple of months and supply chain stakeholders are already making provisions for managing the spike in demand, which is expected to be as strong as the previous years, despite geopolitical issues related to U.S.-China trade war or the U.K. divorce of the European Union.

Wonolo, an in-demand temporary staffing platform, came up with its seasonal data report that contains findings on how businesses are looking to boost contract workers’ hourly pay for attracting talent early on before the season’s onset. Wonolo dug into its database of over 300,000 users of its platform to work out the needs of employers during this holiday season.

“To entice workers, businesses need to get started on hiring early – think August and September – setting competitive wages, and consider offering perks or incentives to potential workers,” said Beatrice Pang, the vice president of finance at Wonolo. “In the U.S., we’re experiencing some of the lowest unemployment rates in history. As such, part-time workers have more wiggle room than before to be selective about the jobs they take.”

Getting a head start over recruitment would warrant companies to build a healthy rapport with the potential recruits, which Pang contended is incredibly essential when it comes to retaining workers through such a competitive time. Central to these plans is hourly wages, where Wonolo has witnessed an average of eight percent increase in hourly wages in its platform between August and December 2019.

Fulfillment and warehousing jobs have seen the highest growth in terms of hourly wages, up 14% from $10.43 per hour to $11.94 per hour between August 2019 and December 2019 on the Wonolo platform. On an absolute number scale, food production and manufacturing jobs will pay the highest, having climbed to $12.19 and $12.15 per hour for December on the platform.

That said, recruiting temporary workers for the high season is a relatively seamless process today due to the advent of in-demand staffing platforms. Roughly a decade ago, businesses met labor demands during the holiday season via traditional and legacy staffing agencies, making recruitment processes cumbersome and unreliable in the context of quality and timely availability of labor.

However, the “Amazon Effect” rippling across the ecommerce landscape has led to the segment seeing explosive growth in volumes shipped during the holiday season. The ‘gig economy’ has widened to now accommodate 36% of all U.S. workers, as evidenced by a recent Gallup poll.

On the other end of the spectrum, businesses perennially grapple with the means to deliver goods in record time, as they realize consumer satisfaction to be directly tied to delivery speeds. In-demand hiring platforms provide respite in such a scenario by connecting logistics businesses with a carefully vetted and quality workforce at the push of a button.

Wonolo’s report suggests that millennial women are engaging a lot more with temporary worker jobs, with 65% of all women on Wonolo’s platform being millennials. “In five out of Wonolo’s eight major markets, female workers make up more than 50% of the workforce,” said Pang.

A healthy representation rate of women in logistics jobs was driven by conscious decisions taken by Wonolo to erase gender-specific hiring processes, and adopting a blanket ban on posting jobs that automatically exclude women. “Our last data report found that women on our platform earn 98% of the pay per hour that their male counterparts do,” said Pang. “Women who’ve thought to work in the logistics industry, where pay can be competitive – especially during the holidays – now have their chance.”

US Sanctions Could Be Lifted If Turkey's Ceasefire Holds

FreightWaves Oil Report: Refining Capacity Is Good For Truckers, And It's...

Here are the 5 most important things Fed Chair Powell talked...