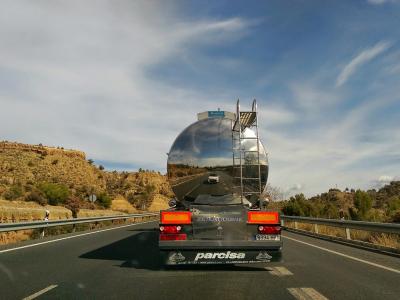 Small-fleet trucking companies have been in the grips of a freight recession for most of 2019, and the stranglehold will likely continue – potentially to the advantage of larger carriers, according to the American Trucking Associations (ATA).

Speaking on the state of the trucking industry at the association’s annual economic summit on Sept. 23 in Washington, D.C., ATA Chief Economist and Senior Vice President Bob Costello pointed out that it was the smaller carriers that bore the brunt of a nearly 50%  contraction in spot market volume so far in 2019, a year in which many of them had been expecting to see the benefits of new driver hires enticed by guaranteed minimum weekly pay.

Instead, “if you’re in that space, you’ve got to be under a ton of pressure right now – I don’t know how many of them are even surviving,” Costello said. “If you take into account wages that they’ve increased, insurance costs, and what’s happened to volumes, this is where we’ve seen a shakeout in the industry, and I think we’re going to continue to see that.”

Even with the overall economy doing reasonably well, a lot of the smaller fleet will be under even more pressure due to stagnant volume and low spot market rates, he said, which could lead to more bankruptcies. For representatives of carriers attending ATA’s conference – larger fleets that generate annual revenue of at least $30 million – the shakeout will lead to a more favorable supply demand scenario.

“It’s going to be positive for all of you,” Costello told the audience. “When we get to the back end of this, it’s going to be as good as 2018, maybe even better.”

“I think there’s already signs of a bottoming here, if we can get the factory sector growing again,” Costello said, given that manufactured goods (as opposed to consumer goods) makes up a higher percentage of the LTL business than in the truckload sector.

In terms of trucking capacity, tractors owned by truckload carriers and independent contractors are up 1.8% year-over-year in 2019 (January to June), compared with 2.4% in the LTL sector.

Uncertainties generated by an escalation of tariffs and retaliatory tariffs between the U.S. and China, as well as a yet unresolved trade agreement with the Canada and Mexico, is leaving trucking companies of all sizes guessing about a potential recession.

However, “none of us are predicting a recession in the near term,” Costello said. “Eventually it’s coming – you can’t avoid it. If the Federal Reserve had not cut interest rates, you may have heard recession discussed as being closer than further away. But if we get this trade stuff figured out, I think you’ll see an acceleration of growth.”

He added that as an economy, the U.S. is moving from 2.8-2.9% annualized growth to growth that’s closer to 2%. “Most places around the world would be thrilled with that.”

Carriers Must Compete With Other Industries To Attract And Keep Drivers

What The Vape Scare Means For Cannabis Sales

Netflix could lose 10 million subscribers next year if it doesn't...

Curv Continues to Set the Standard for Digital Asset Security