Home Markets Live Feed Saia's Northeast US Expansion Strategy? Dance With The One Who Brought You 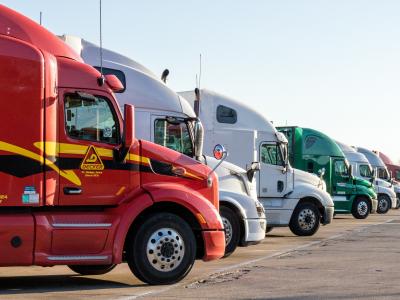 Less-than-truckload (LTL) carrier Saia, Inc. (NASDAQ: SAIA) was going well beyond its geographical roots when in May 2017 it entered the Northeast U.S., considered the country’s most competitive LTL region. Born in 1924 and raised in the Bayou – Houma, Louisiana, 58 miles southwest of New Orleans – Saia’s pretty much stayed within Texas and Louisiana for its first half-century. It began to expand after trucking deregulation in 1980. Then, through a spate of regional roll-ups starting in the early 1990s and lasted for about 25 years, Saia eventually extended its reach to 34 states. Yet it continued to steer clear of the Northeast, interlining with other carriers rather than staking a claim with its own network.

There were risks in moving into the Northeast. Building out the network would take a significant investment (Saia executives didn’t comment on the cost of the expansion). The company’s margins would be pressured, at least in the near-term, as costs ran ahead of revenues. While shippers that used Saia on inter-regional runs to and from the Northeast had long known its capabilities, many who worked within the region didn’t. Intra-regional shippers were accustomed to a price-sensitive environment where service quality often took a back seat, a model that was the inverse of Saia’s. There would be no guarantee they would be willing to pay higher rates. What’s more, Saia was a non-union carrier heading into the heart of unionized trucking country.

Yet as Saia President and COO Frederick J. “Fritz” Holzgrefe III, who had been named to the dual roles in January 2019, saw it, Saia wasn’t reinventing the wheel in the Northeast, and would succeed there if it played to its core strengths. Concerns over the carrier’s non-union status would be a red herring. Those who chose to focus on price at the expense of service quality would not be keen to use Saia anyway, nor would Saia be eager for their business, Holzgrefe reckoned. “We are not interested in competing at the low end of the market,” he said in an early September interview at Saia’s headquarters in Johns Creek, Georgia, a suburb of Atlanta.

According to Holzgrefe, there was no specific event that acted as a catalyst to draw Saia into the Northeast. “The company had spent several years re-investing in our fleet and legacy business,” he said in a separate e-mail. “We determined that a Northeast expansion would serve as a complementary strategy and further enhance our market position.”

So far, the move appears to have paid off. Saia has hit its market share goals in the 13 Northeast terminals it had been in as of Labor Day, and has exceeded expectations in many of them, Holzgrefe said. On September 16, Saia opened terminals in Erie, Pennsylvania, and Buffalo, New York. On September 30, it will open a terminal in Albany, New York. With the three additions, it will draw closer to its planned ceiling of 20 to 25 terminals. On September 20, it relocated to a larger facility in Cinnaminson, New Jersey, a suburb of Philadelphia, Pennsylvania. This past February, it moved to a larger break-bulk operation in Harrisburg, Pennsylvania.

Saia has estimated the so-called addressable Northeast LTL market to be $8 billion per year. Of that, $6 billion is inter-regional, and the remainder intra-regional, the company has said. Inter-regional traffic to and from the Northeast accounts for 8 to 10 percent of its revenue, Saia estimated.

Second-quarter revenue hit $464 million, an 8.3 percent increase from the 2018 period. Operating income rose 23.1 percent. Revenue per each 100 pounds carried, the key metric of an LTL carrier’s yield for each pound, rose for the 36th consecutive quarter. Operating ratio, the ratio of revenues to expenses, improved to 89 percent from 90.3 percent in the year-earlier period, an indication that some of the high-up front costs of the expansion are falling away in relation to tonnage growth as Saia capitalizes on increased volumes. Closing at $94.20 a share on Sept. 24, Saia’s share price is a tad below its 52-week high.

Saia has mostly leased its space in part because it was loath to make a significant front-end financial commitment, Holzgrefe said. However, the company prefers to own its assets.
Being a network operator, any success that Saia enjoys in the Northeast feeds into other regions by delivering linehaul synergies on existing routes. For example, because Saia’s freight typically flows from east to west, Saia can leverage the Northeast market to build westbound density that it lacked before. As a result, Cincinnati, which was where Saia’s network ended before the expansion, is now “more in the middle,” according to Holzgrefe, and the westbound line-haul operation benefits from the additional density.

Holzgrefe said Saia recognizes that it has just begun the process of conditioning businesses, especially those shipping on intra-Northeast lanes, to expect a more consistently high level of service than they might have received before. Holzgrefe would not elaborate on the volume of business it may have taken on from New England Motor Freight, Inc., the LTL carrier that went out of business in February 2019 and that was known for catering to the low end of the market that Saia assiduously avoids. He left the impression, however, that any business it may have absorbed and retained was selective at best.

With less than 30 months in the Northeast under its belt, Saia is well aware that, in some respects, the jury is still out. The next real milestone, Holzgrefe said, will be when “we talk less and less about the Northeast as a separate growth strategy, and just talk about it as part of our nationwide network.”

US Continues Sanctions Break For Swedish Refiner With Venezuelan Ties

Cramer No Longer High On Pot Stocks, Says Market Not 'What It Was Cracked...

Earnings Roll On With Light Schedule Today But McDonald's, Biogen On...