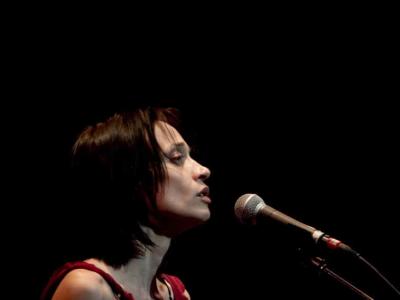 Fiona Apple has struggled with insomnia her whole career, but cannabis has finally helped her achieve a good night’s sleep.

Everyone is talking about Fiona Apple again like it’s the 1990s. The chatter has been largely driven by the appearance of Apple’s hit single “Criminal” in the strip-club crime drama Hustlers. One of the movie’s most memorable scenes features Jennifer Lopez pole-dancing to “Criminal,” including a double-heel tap that literally shakes the audience’s sense of balance.

But in a recent interview with Vulture discussing Hustlers and her J.Lo booty story, Apple revealed how cannabis cured her insomnia. Throughout her career Apple has discussed her inability to sleep, with some songs dedicated to her insomnia. She tried various medications, she told Vulture, thought most of those medications was “giving me nightmares,” she said.

“I was on way too much medication for a while,” Apple told Vulture. “Now I’m on way less medication. But pot helps me. Alcohol helped me for a while, but I don’t drink anymore. Now it’s just pot, pot, pot. And I get up at like 5 a.m.”

Sounds pretty healthy! Apple is onto something too with curing her insomnia through cannabis. Last year, The National Academies of Sciences, Engineering and Medicine released a 400-page report titled “The Health Effects of Cannabis and Cannabinoids,” which found marijuana as effective treatment for pain, muscle spasms, and insomnia. In addition, a 1973 study suggested that THC reduced the time it took for those with insomnia to fall asleep. Dr. Jordan Tishler, a leading expert on cannabis therapeutics, also says cannabis is less habit-forming than other common prescription sleep medications, like Valium or Ambien.

By the way, Apple isn’t the only celebrity who uses marijuana to cure her insomnia. Helen Mirren and Donald Sutherland discussed sleeping problems in a New Yorker story last year. When Mirren reported sleeping seven hours a night, Sutherland was astonished and inquired how she slept that much.

“Marijuana, darling,” she advised. “That would help.”