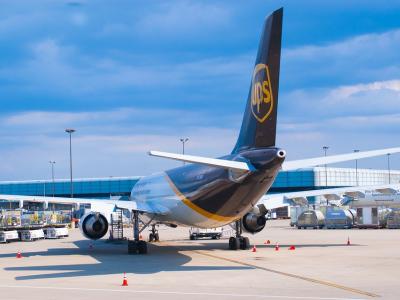 UPS Inc. (NYSE: UPS) said Thursday afternoon it is investing $220 million in a huge hangar at it’s Worldport sort center in Louisville, Kentucky, to support regular maintenance of its air fleet, which the company is expanding to meet rapid increases in demand for next-day e-commerce, healthcare and small business shipments.

The project is part of $750 million in anticipated capital expenditures at its global hub that the Atlanta-based express delivery expects to make during the next 15 years to ensure reliable, on-time deliveries and grow business, it said Oct. 3.

The 262,000-square foot building will be able to simultaneously house two 747-8F aircraft, the largest in the UPS Airlines fleet. Due to the configuration of property at Louisville International Airport, the new hangar will be built on leased land at the opposite end from the Worldport campus. Permitting and construction will begin in 2020, with the project scheduled for completion in 2022.

Future infrastructure development will include ramp and taxiway improvements, renovated offices, purchase of an office park close to the airport and expansion of flight training facilities, spokesman Jim Mayer said. The Worldport currently has 300 acres of ramp space with 125 aircraft parking positions.

The company is eligible to pursue up to $40 million in tax incentives from Kentucky because the expansion is expected to create 1,000 jobs for pilots, aircraft mechanics and support personnel. The incentive program runs for 15 years and allows UPS the flexibility to pursue growth projects based on operational needs.

A Goldman Sachs sign is seen on at the company's post on the floor of the New York Stock Exchange. Brendan McDermid | Reuters Goldman Sachs...

Wall Street Looking To End The Week On A High Note...