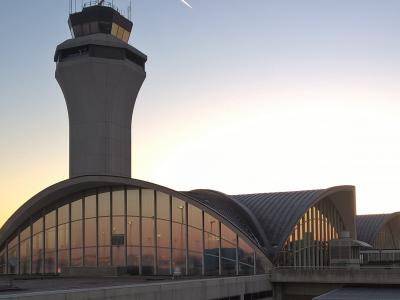 St. Louis, a major city along the Mississippi River in the U.S. Midwestern state of Missouri, has taken a step forward in assessing whether to seek a private operator for St. Louis Lambert International Airport (STL) under the Federal Aviation Administration’s (FAA’s) Airport Investment Partnership Program, formerly the Airport Privatization Pilot Program.

The city wants to explore whether privatization could generate upfront payments, payments over time, or both, that can be used for non-airport city purposes, including transportation and public safety. Federal laws, however, require that airport-generated revenues be spent at the facility.

The Airport Advisory Working Group, a St. Louis city committee, voted on Oct. 4 to issue a request for qualifications (RFQ) to elicit response from companies and consortia that would be interested in acquiring a long-term lease on the city-owned airport. Deadline for responses has been set at Nov. 1, after which the working group will decide which respondents will be offered the opportunity to submit bids for the operating concession.

Issuance of the RFQ follows agreement by city officials and STL’s major airlines to a preliminary framework that may but is not guaranteed to lead to a privatization deal. The RFQ process will focus on whether potential bidders have the operational and financial capacity to run the airport. Details of what the city will be seeking from an operator won’t be outlined until the working group decides whether to seek actual bids. Airlines with more than 80% of Lambert’s traffic and 85% of its total weighted cargo have signed on to the potential privatization, city officials have indicated.

While the contemplated privatization is said to have the preliminary backing of most of the airlines serving STL, any eventual deal will require approvals from the city board of aldermen and the city board of estimate and apportionment, as well as the FAA.

Southwest Airlines holds the largest market share at STL of 60.3%, based on enplaned passengers. American Airlines captured a 2018 market share of 15.3%, while Delta Air Lines accounted for 10.8% and United Airlines represented 6.7% of passenger enplanements.

Private operation of airports is common in other countries, particularly in Europe. Privatization of STL, however, has proved to be a contentious issue, with opponents charging that special interest groups have spearheaded the effort. As has been the experience with virtually every effort to privatize a U.S. airport, opponents of privatizing STL maintain that the city shouldn’t give up control of a key asset and that a private operator would put bottom-line profit ahead of public service.

While several applications are under review, since the FAA’s privatization program for airports began in 1996, only two U.S. airports have adopted such plans and one eventually returned to public management.

The FAA approved privatization of Puerto Rico’s Luís Muñoz Marín International, the busiest airport in the Caribbean, in 2013 under a 40-year concession.That airport is currently the only privatized airport in the U.S. The concessionaire is a consortium called Aerostar Airport Holdings, owned by private equity firm Oaktree Capital Group and Mexico’s Grupo Aeroportuario del Sureste SAB (Asur).

Hendry County (Florida) and Airglades International Airport LLC (AIA) on Aug. 8 submitted to the FAA a final application for participation in the AIA program, with the deadline for comment having closed on Sept. 15. There has been no further update from the FAA on the status of the Airglades application.

The Return Of Geopolitical Risk