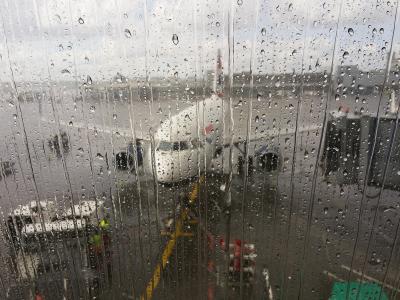 Dutch airport operator Royal Schiphol Group and state-owned investment firm Queensland Investment Corporation (QIC) have won the contest for a combined 70% stake in Hobart International Airport (HIA) in Australia. While price of the acquisition has not been disclosed, a multiple of 25 times earnings has been speculated.

HIA recorded A$48 million ($32 million) in revenue and A$33 million in earnings before interest, tax, depreciation and amortization (EBITDA) for the 2018 financial year. The sale is expected to be finalized by the end of October. Infrastructure assets, such as airports, are increasingly seen as attractive investments, given the long-term focus on returns as well as stable and predictable cash flows.

Investors had been circling the Tasmanian airport, which has been gearing up to become a regional air cargo hub for local producers, allowing cargo to be transported directly from Hobart to export destinations. Some Tasmanian exports are delivered to a pier for loading onto ships bound for Melbourne or Sydney before being transferred to an aircraft for delivery to destination.

HIA is the largest airport on Tasmania and the ninth-busiest (and most southern) airport in Australia, currently handling 2.7 million passengers per year. HIA has posted 10% annual growth in international visitors over the last five years. The HIA sale comes just months after the airport announced it would spend over A$200 million by 2030 to double terminal capacity.

Macquarie Infrastructure and Real Assets (MIRA) offloaded its 50.1% stake in the airport, while Tasmania-based multi-industry superannuation fund TasPlan Super sold just under 20% and will retain a 30% shareholding. Each seller has held the stakes to be sold since 2007. MIRA and TasPlan, formerly the Retirement Benefit Funds Board, bought HIA for A$350 million in January 2008.

Each partner in the consortium will acquire a 35% stake and act as an independent shareholder after the acquisition. In Australia, both Schiphol and QIC have a stake, alongside other investors, in Brisbane Airport Corporation (BAC). Schiphol holds a 19.6% stake and QIC Infrastructure Management and related funds hold a 25% stake in BAC, which acquired Brisbane Airport from the federal government in 1997 for A$1.4 billion under a 49-year lease with an option to renew for a further 50 years. Under this leasehold structure, BAC retains ownership and control of the airport in its entirety for the duration of the lease term up to 2096.

Paris-based Vinci Airports sought to win the deal that would have marked the company’s first investment in Australia. In May, Vinci acquired the controlling 50.01% ownership stake in London Gatwick Airport from Global Infrastructure Partners (GAP) for roughly $3.68 billion. Vinci has made no secret of plans to increase the company’s portfolio of airport assets in Asia and Australia.

A Peek Into The Markets: US Stock Futures Signal Higher Start On Wall Street