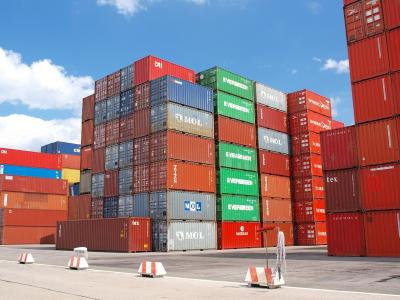 Gene Seroka, the executive director of the port, said that certification of the report was “essential for maintaining the operation that was responsible for 17%” of the 9.7 million TEUs that the port processed in the fiscal year that ended June 30. The terminal is run by West Basin Container Terminal, a joint venture of China Shipping, which was acquired by COSCO in 2015, Yang Ming and Ports America.

Without approval of the SEIR, Seroka said, the terminal would remain out of compliance with the California Environmental Quality Act (CEQA), “with closure of the terminal a real possibility. Not only would this prolong an already lengthy process, but it could result in more than 800 jobs being displaced and delay implementation of additional mitigation measures.”

Seroka said that when he joined the port in 2014, he had been made aware of “languishing compliance” with an earlier 2008 environmental impact report (EIR) and mitigation measures by China Shipping and directed the staff to create the supplemental report to bring about compliance.

The SEIR adopted by the commission on Oct.8 reevaluated the mitigation measures in the original 2008 report.

A letter from a group of environmental and community groups including National Resources Defense Council (NRDC) said in a letter to the port that the report “violates CEQA’s command to inform the public and decision members about the environmental harms of the project” and said the port “has improperly rejected feasible mitigation measures, including new zero-emission technologies that have become available” since the original 2008 environmental impact report was prepared.

NRDC urged the board to terminate the lease for the terminal and “find a tenant that can comply with CEQA and partner with the city in fulfilling its zero-emission goals.”

Seroka noted the new SEIR had concluded the original terminal equipment requirements in the 2008 report were “cost prohibitive and would prevent the terminal from operating competitively with respect to other ongoing business concerns in the region.”

Anthony Pirozzi Jr., one of the harbor commissioners, said, “To me, this is a huge big step forward. It may not satisfy everybody, but … it’s going to be a lot better than where we’ve been.”

Pirozzi added, “I think we leaned too far forward in some of this technology we thought would be available already but is not.”

Edward Renwick, another commissioner, said he saw the SEIR as balancing the need to protect jobs and creating cleaner air.

Several members of the International Longshore and Warehouse Union spoke in support of approval of the SEIR.

“Our environmental concerns are both a marathon and sprint,” said Jaime Lee, the president of the board of harbor commissioners. “I believe there is nobody out there doing as much as we are in the port space. I’m proud of this work that has been done.”

David Pettit, an attorney at the NRDC, said that he had received a call four years ago from Los Angeles Mayor Eric Garcetti asking for cooperation with the port.

“I now think I made a mistake and I should have hauled the port into court four years ago. What we have seen is four years of stalling and moving backwards.”

He said the NRDC and its clients would seek an appeal of the board’s decision with the Los Angeles City Council.

Jillian Wong, the planning and rules manager of the South Coast Air Quality Management District, said her agency recommended the port delay approval of the SEIR and was concerned that despite the magnitude of the environmental impacts of the terminal, the port was allowing it to increase cargo throughput “while removing and weakening instead of adding and strengthening existing air quality mitigation measures.”

Federal Labor Board Ruling Seen As Win For LTL Employers

President Donald Trump speaks during an event to announce proposed rollbacks to the National Environmental Policy Act regulations in the Roosevelt Room of the...