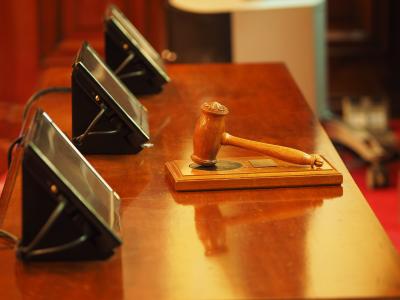 A federal appeals court overturned a nearly $800,000 damage award won by student drivers in a class action lawsuit against Werner Enterprises Inc. (NASDAQ: WERN) after a jury found the carrier and its subsidiary violated federal labor and state wage laws for failing to pay for rest breaks.

In its decision on October 10, the U.S. Court of Appeals for the Eighth Circuit found that the lower court, the U.S. District Court for the District of Nebraska, improperly extended the deadline for disclosure of expert reports “after the court-imposed deadline had expired.”

Werner did not respond to FreightWaves’ request for comment regarding the Eighth Circuit Court’s decision.

Prior to the jury trial, the lower court allegedly allowed the student drivers’ expert witness to submit “substantial revisions to his original report” after a deposition of the expert conducted by Werner exposed “considerable flaws in the methodology for computing the allegedly uncompensated break and sleeper berth time,” the split three-judge panel ruled.

In its decision, the appeals court judges claimed the jury “clearly relied” on the student drivers’ expert’s opinion in reaching its $779,127 damages award.

“We cannot say that its award would have been the same without the new information and, therefore, the district court’s error was not harmless,” the court ruled.

In its ruling, the Eighth Circuit vacated the nearly $800,000 win and remanded the case to district court for further proceedings.

In his dissenting opinion, U.S. Circuit Court Judge Steven Colloton found that while the class of student drivers was permitted to file an “untimely expert report,” the district court required the class to pay Werner’s costs in the amount of around $61,2000 “that were incurred as a result of the tardy submission.”

Following a three-day trial in May 2017, a jury found that Werner and its subsidiary, Drivers Management LLC, which trains and employs Werner drivers, allegedly violated minimum wage laws by failing to pay the class of approximately 52,000 student drivers, who participated in the motor carrier’s eight-week trainee program,  for 20-minute rest breaks.

This Day In Market History: The First Ever US Dollar Bill Is Issued

This Day In Market History: The First Coca-Cola Is Sold

Singapore's largest bank reports 22% fall in quarterly profit as it...