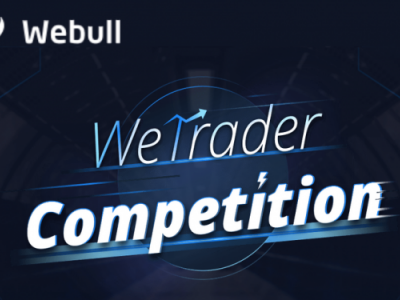 Friday’s market close marks the end of the first round of the WeTrader Paper Trading Competition, hosted by the zero-commission trading platform Webull.

For those in the dark, the WeTrader Competition offers traders the chance to build their best-performing portfolio every week until the closing bell on November 1 using $100,000 in simulated capital. The top 10 performing portfolios each week will receive an Amazon.com, Inc. (NASDAQ: AMZN) gift card valued between $100 for tenth place all the way up to $5000 for the first-place portfolio.

Successful traders will also be contributing toward a donation to Shriners Hospitals for Children of up to $50,000.

Finally, the top ten winners from each of the four rounds will also be entered into the final championship round in which they will compete for the chance to win either a $40,000 student loan payment or a Tesla Inc. (NASDAQ: TSLA) Model 3.

This first round of the competition drew in 2,953 participants and saw the paper traders post roughly $1.7 in simulated profit, raising $1,700 for the Shriners Hospitals for Children.

Individually, the top ten participants generated between 9.57% and 13.52% in profits, and impressive feat given (or perhaps because of) the unpredictable behavior of equities through the past five trading days.

The major indexes each finished the week up this week between 0.9% and 1.4% percent.

However, the week started on a down note thanks to less than stellar economic data from the U.S. Producer Price Index and the NFIB’s Small Business Optimism Index rekindling fears of an economic slowdown hitting U.S. companies. Continued trade drama through the middle of the week didn’t help matters and pushed the market to it’s week-low at the end of Tuesday’s session.

Of course, as rumors again began circulating of renewed trade optimism, the market buoyed itself up over Wednesday and Thursday’s trading days. That trend reached a pitch during Friday’s session until news of a partial trade agreement with China actually landed. The details of the agreement were less than what the market was anticipating, though the S&P 500 index still finished higher by 1.07%.

The next round begins at market open on Monday, October 14 and runs through the Friday, October 18 trading day. There are so far 3650 participants signed up for the second round.

On the economic data front, traders can look forward to retail sales numbers, which are set to release Wednesday morning followed shortly thereafter by the Federal Reserve’s Beige Book, a summary of the economic conditions among each of the Reserve’s 12 branches. Then on Thursday morning, traders should keep a lookout for information relating to homebuilding stocks and the real estate industry.

Finally, traders should also stay abreast of the fact that earnings season kicks off next week with a slew of major financial institutions reporting their quarterly results, including JPMorgan Chase & Co. (NYSE: JPM) and Bank of America Corp. (NYSE: BAC), in addition to many others.

Buffett on coronavirus, airlines and more — Watch the 5 best moments from the...

Private Investor Acquires 19.96% of the Shares of Cequence Energy Ltd.