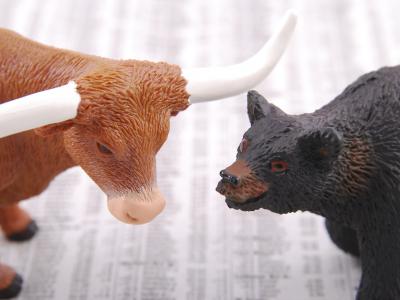 Benzinga has examined the prospects for many investor favorite stocks over the past week.

Bullish calls included the iPhone maker, a mining giant and a recent IPO.

After being in the red for much of the week, the major U.S. indexes found some help in the form of renewed optimism that trade issues might improve and ended the week marginally higher, led by the Dow Jones industrials with a 1.2% gain.

The week started with a surprise foreign policy decision from the White House, which did little to distract from the president’s other little problem.

Benzinga continues to examine the prospects for many of the stocks most popular with investors. The following are just a few of this past week’s most bullish and bearish posts that may be worth another look.

“UBS Upgrades Freeport-McMoRan On Sell-Off, Projects Rising Copper Prices” by Priya Nigam shows why Freeport-McMoRan Inc (NYSE: FCX) seems poised to outperform peers in the back half of the year.

Dave Royse’s “Peloton’s Worth A Ride, Baird Says In Bullish Initiation” shares why a large potential market and disruptive platform of the newly public Peloton Interactive Inc (NASDAQ: PTON) has one analyst impressed.

For additional bullish calls, also have a look at “A Trump Impeachment Would Cause The Market To Rally” and “Bank Of America Reiterates Buy On Levi Strauss After Q3 Earnings Beat.”

Shanthi Rexaline’s “American Airlines Pushes Back Return Of Grounded Boeing 737 MAX To January” takes a look how the hits to Boeing Co (NYSE: BA) over its grounded 737 Max keep on coming.

In Brett Hershman’s “Shoe Expert: NBA Fallout In China Could Lead To Consumers Ditching Nike, Under Armour,” find out whether Nike Inc (NYSE: NKE) and others will get pulled into the controversy.

“Johnson & Johnson Hit With $8B Verdict In Risperdal Lawsuit” by Elizabeth Balboa examines what the second legal payout this month means for Johnson & Johnson (NYSE: JNJ) and whether the case will go the U.S. Supreme Court.

At the time of this writing, the author had no position in the mentioned equities.

Keep up with all the latest breaking news and trading ideas by following Benzinga on Twitter.

Powell says the Fed is 'strongly committed' to 2% inflation goal

EUR/USD Forecast: Needs To Advance Beyond 1.1120 To Attract More Buyers