Home Markets Live Feed One Year Later: How Every Major Cannabis Stock Has Performed Since Canadian... 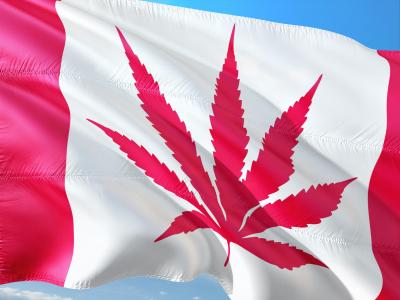 Oct. 17 marks one full year of legalized cannabis in Canada — and the road to this moment could have been smoother.

“Canada’s rollout of legalization has been hampered by a number of things,” Alan Brochstein, author of 420 Investor, said this week on Benzinga’s PreMarket Prep show.

Domestic policies have made the environment “as bad as it can be,” he said.

By Brochstein’s assessment, the legal industry struggled to gain footing under restrictive packaging and advertising policies and shifts in consumer preferences that favored products that aren’t yet legal. Most importantly, he said, the country botched the phase-in.

“They should have opened up medical dispensaries first and gotten that distribution out there,” Brochstein said. “Instead they waited until it was fully legal, and then each province did it differently. So you have a situation right now where there just aren’t enough retail stores.”

The issue is both national and provincial, and it has complicated the legal market’s expansion efforts. New users can’t smoke because they can’t find marijuana legally, and existing users continue to patronize the black market.

The Nature Of The Market

Overall, these issues have exacerbated what Brochstein called a “pretty disappointing year.”

The period has been marked — if not marred — by underperformance in California, U.S. reactions to the vaping crisis, executive firings and a legal scandal at CannTrust Holdings Inc (NYSE: CTST) (TSE: TRST).

Companies like Medmen Enterprises Inc (CSE: MMEN) (OTC: MMNFF) are appealing to investors by filling executive offices with highly accomplished industry outsiders, many of whom just don’t seem to want to stay.

“It’s crazy … it seems to me that these people that really know what’s going on don’t have a lot of confidence right now, and it’s kind of a scary environment.”

Canada has been slow to open retail stores, producers have had difficulty scaling and few companies have grown their revenue without burning significant sums.

“People are grabbing money,” Brochstein said. “We’ve seen some deals done at very low prices, and at the same time, Canada looks like it’s getting even worse. Everybody’s been very excited about what they call Cannabis 2.0, and it’s just not clear that it’s going to be that exciting.”

So far, Brochstein has not been particularly enthralled with Phase 2 of Canadian cannabis development.

Cannabis 2.0 began with Quebec banning chocolate from the legal edibles category and companies betting big on drinks, which traditionally yield unimpressive sales. Things could improve as new products roll out after the New Year, though.

“It’s definitely a step in the right direction,” Brochstein said.

While Canada’s been floundering, Brochstein said he remains confident in the general cannabis space.

“I’ve never been more excited,” he said. “What’s going on right now in the market I think is more technical than fundamental. I am a bit concerned with some companies, especially the largest ones with large market caps that just haven’t demonstrated that they can scale up yet.”

But other companies seem to be doing just fine.

“Maybe they won’t have exactly as much revenue immediately because they have to slow down their expansion a little bit, but there are a few companies right at cash flow breakeven that have adequate capital to really take market share over time,” Brochstein said.

“Because some of these other companies, I don’t know if they’ll go out of business, but they are going to have to really retrench.”

The following is how pot stocks have performed during Canada’s first year of legalization (as of market close Oct. 16):

Brochstein has little faith in Aphria, which he said claimed a profit in its last earnings report without properly attributing the achievement to mere accounting issues. Additionally, the firm faces a dispute with Aleafia’s Emblem Cannabis, after Aphria failed to meet the terms of a supply deal this year.

The companies are awaiting regulatory improvements in Ontario before opening up their markets to growth. Fire & Flower is down 12.7%, while Alcanna is down 55.7% year-over-year.