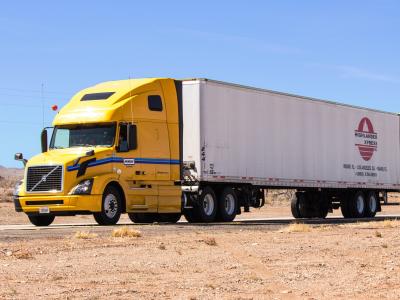 UPS Inc (NYSE: UPS) subsidiary Ware2Go has released a case study shining a spotlight on the booming CBD pet products industry. Holistic Hound, the featured client, is a pioneer in the niche market, having launched its first cannabidiol supplements for cats and dogs in 2016. But the retailer took a hit following the passage of the U.S. Farm Bill in 2018, when hundreds of new entrants flooded the marketplace. (The Farm Bill legalized hemp, the source of federally approved CBD.)

Ware2Go, launched in 2018 to help small businesses expand, came up with a multifaceted supply chain solution giving Holistic Hound access to warehouses closer to its customers and real-time visibility into inventory. The arrangement yielded a 30% drop in shipping costs, according to the case study. What is more, 70% of customers now get guaranteed delivery within one to two days.

Holistic Hound experienced double digit growth in 2019, and the CBD pet product market writ large is expected to balloon to $1.16 billion in the U.S. by 2022, the Brightfield Group estimates.

The 12% of Americans who make more than six round trips by air a year are responsible for two-thirds of all air travel and two-thirds of aviation greenhouse gas emissions.

Source: a new analysis by The International Council on Clean Transportation, a nonprofit research group, via the NewYork Times

“Drivers need to make sure they keep themselves safe. We’re in a situation now that 40, 50, 100 miles away from the main exit points of the EU there are migrants trying to get into vehicles. It’s a serious problem. It hasn’t gone away; in fact there has been an increase because the smugglers have been saying Britain is going to be ‘closed’ after October 31.”

The e-retailer said it would donate an additional $1 million to a PAC run by the Seattle Metropolitan Chamber of Commerce.  (TheHill.com)

The new arrangement means the electric vehicle manufacturer will make money every time a person places an order. (CNBC)

This will be Waymo’s first foray outside of the U.S., where it has been conducting extensive public road trials of its technology. (DigitalTrends)

More pet supply chain news: A new campaign, Mutts4Trucks, pairs lonely truck drivers with shelter dogs in need of a home. The initiative, sponsored by Mobil Delvac  and the Pedigree dog food brand, kicked off earlier this month with a dog adoption event at the TA truck stop in Nashville. The campaign will follow several truckers and their new dogs while on the road, documenting the impact on the emotional and physical well-being of both the drivers and adopted pets.

A Peek Into The Markets: US Stock Futures Edge Lower Ahead Of Fed Minutes

New Report Puts North American Cannabis Market At $47.3B By 2024

Thursday's Market Minute: What To Watch For Today