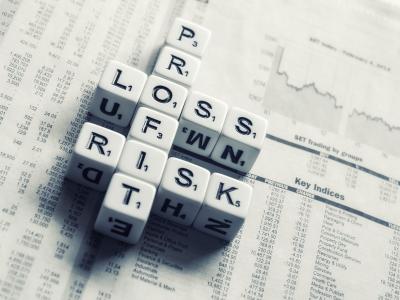 Trader and mentor Danielle Shay recently spoke with Benzinga about her mission of encouraging people to get involved in the markets regardless of their background.

Shay comes from an international law and human rights background. Her free-spirited demeanor and desire to help people motivated her pursuit of humanitarian missions, she told Benzinga.

“In college, I went to Costa Rica and did a ton of volunteer work, teaching English and anti-drug classes [and] coaching kids sports.”

Shay told Benzinga she returned to the U.S. after becoming pregnant; her initial plan of going to law school and teaching became unrealistic.

Distraught and in need of income, Shay’s father got involved.

“He suggested that I trade options because I could do it from anywhere,” she said. “I wanted something that would enable me to make enough money to take care of my son, and so teaching was pretty much out of the question.”

See Also: How This Successful Trader Used A Background In Languages To Break Into The Options Market

“I joined a trading room at Simpler Trading, which is where I now work.”

She said she learned quickly, attending daily webinars and paper trading to figure out what strategies were most fitting.

“I used that [paper] account to figure out how options strategies work: how to get in and how to get out. Initially, I followed along with the trades posted in the trading room. Then, over time, I was able to figure out what my style was.”

“It’s really hard to learn when you have a full-time job,” Shay said.

She stressed the importance of patience. After practicing for a long duration, she began scaling her positions.

“I was getting a bit more aggressive. I started off with put credit spreads and then added some long calls.”

Her trading became profitable, and she began making more money from it than she did from her work as a part-time photgrapher.

“I just remember waking up realizing that I made more money on two trades than in my entire month’s salary as a photographer. That was the moment I decided that this is what I’m going to do.”

Shay is now director of options at Simpler Trading. She frequently appears on Vox, Cheddar, Yahoo Finance and CNBC, helping demystify the market with her insightful commentary.

She’s writing a book on trading, highlighting her experiences, failures, successes and steps that need to be taken to find profits in the market.

At the outset, Shay traded long options directionally on a two-day to three-week time frame.

“I identified dips on the strong directional charts, buying those dips on tickers waiting to break out of consolidation,” she said.

Now that Shay has more experience, she trades a multitude of different strategies.

“I do reversion to the mean, trend following, earnings reports — both the actual report, the pre-earnings report, as well as post earnings. I trade a variety of strategies. I use calls, puts, spreads, butterflies [and] unbalanced butterflies.”

One of Shay’s go-to setups is a play on relative strength within the marketplace.

“I start off with the indexes; I look at the S&P, the Russell, the Nasdaq, the Dow. I’m comparing the strength of the trend and I’m also looking for consolidation for possible breakouts,” she told Benzinga.

“Once I identify the strongest index, I’ll go down within that index and look for relative strength names to trade within it.”

For example, if Shay decides the Nasdaq Composite is strong, she focuses on names within that index, such as Apple Inc. (NASDAQ: AAPL), Microsoft Corporation (NASDAQ: MSFT) and Alphabet Inc (NASDAQ: GOOGL) (NASDAQ: GOOG), trading options on securities that have attractive technical chart patterns and fundamentals that show prosperity, like earnings growth.

“In the beginning, you’re not going to make money. I think it’s important to understand that. I did the losing money portion when I was paper trading.”

Trying different strategies is part of the process, but focus is essential, she said.

“In the beginning, you’re not going to know what works for you. I trained under John Carter, so I love directional long calls, aggressive-type movements. There’s a lot of people who would prefer selling premium out of the money. The unfortunate thing about it is, you don’t know what you love until you try a couple of different things.”

Once traders find a strategy or niche of interest, they must master it, Shay said.

“One of the biggest problems I see with people is they just jump from strategy to strategy, mentor to mentor. That’s how you end up losing all your money; it’s death by a thousand cuts.”

You can get in touch with Shay on Twitter @traderDanielle, as well as at fivestartrader.com.