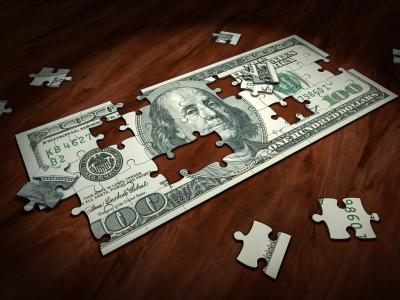 On this day 11 years ago, Wachovia Bank stunned Wall Street by reporting a $23.9 billion quarterly loss.

If there’s anything worse than a $24 billion loss in a single quarter, it’s a $24 billion loss in a quarter in which analysts expected a profit. However, when Wachovia took a $18.7 billion goodwill writedown on its mortgage assets and a $6.63 billion hit from credit losses in the third quarter of 2018, investors saw the writing on the wall for other big banks.

The Dow plummeted nearly 700 points on the day of Wachovia’s earnings report before finishing the day down 526 points and more than 40% off its 2007 highs. Incredibly, the market was still nearly five months away from its Financial Crisis bottom in March 2009.

Wachovia was acquired by Wells Fargo & Co (NYSE: WFC) in a deal that closed Dec. 31, 2008. The last Wachovia branches were converted to Wells Fargo banks in 2011.

A Concerning Weakness In Bank Stocks

Amazon In-Sourcing Nearly Half Of Its Transportation Needs

Why Points Matter: Setting Up A Loyalty Points Program For Cannabis Dispensaries