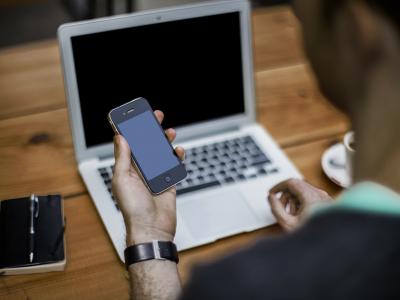 While crypto markets are quiet, the crypto industry evolution and revolution continues. Most investors don’t see this. Pretty much all they watch are the ups and downs in Bitcoin prices and maybe a handful of popular altcoins.

And yet, it’s often during quiet periods like this that incremental, fundamental — even earth-shattering — events take place behind the scenes. Sometimes it’s a technological innovation that’s on the verge of bursting onto the scene. Sometimes, it’s a big company or consortium of companies coming together or breaking apart. And almost invariably, it’s news that not only impacts the industry but could also have far-reaching repercussions on our daily lives in the future.

By year’s end, they will have more than two and a half BILLION users. Before the end of 2022, they will have close to THREE billion. And in the privacy-oriented world of crypto, the stand-out messaging app is Telegram. Telegram’s enhanced privacy protection is a key reason why it has catapulted from zero to over 200 million users in less than six years flat. And it’s why Telegram is the object of adoring user loyalty … hate-laced attacks from detractors … and never-ending controversy in the highest of circles.

But the controversy is also the backdrop of Telegram’s most recent endeavor — to back the launch of its new token, Telegram Open Network (TON).

Thanks largely to Telegram’s virtually universal following in the crypto world, TON was quickly able to raise $1.7 billion from private sales.

But thanks, in part, to an equally universal disdain for Telegram among government regulators, the Securities and Exchange Commission (SEC) acted swiftly.

The SEC obtained a legal order to halt Telegram Group Inc. from distributing its crypto asset, known as Gram. The SEC declared the asset cannot be legally traded in the United States.

An SEC spokesperson said its emergency action is “intended to prevent Telegram from flooding the U.S. markets with digital tokens that we allege were unlawfully sold.”

A court hearing to resolve the issue (or not), initially scheduled for Oct. 24, was postponed to February 2020.

TON had already launched its Testnet, but has delayed its Mainnet due to the SEC filing. Meanwhile it has contacted its investors, asking them to agree on the delay and the coin issuance until April 30, 2020. If a majority of investors disagree with the delay, they will receive 77% of their investment back.

Our take: The SEC certainly has the authority to block the sale of TON’s Gram tokens in the United States. But whether it can do so globally is questionable.

And regardless of fundraising, governmental authorities cannot — and probably do not plan to — stop the development of TON’s blockchain technology (more broadly called Distributed Ledger Technology, or DLT). However, this battle has impacted TON public investors in a few negative ways.

First, they have to make a hard choice between:

Second, public investors who bought the coin at $4 will be subject to selling pressure from the first and second rounds of investors whose purchase prices corresponded to 37 cents and $1.33, respectively.

Third, this SEC filing could set a precedent and deter both TON and other blockchain projects from raising funds in the U.S. in the future.

Regulatory issues aside, if we focus just on the technology, we need to recognize that …

Weighing the regulatory and fundraising challenges vs. the technological strengths, we still see great potential for growth … but also for more controversy.

Stay tuned. This is bound to get even more interesting very quickly.

How a delayed trickle effect from the WeWork blow-up could end...