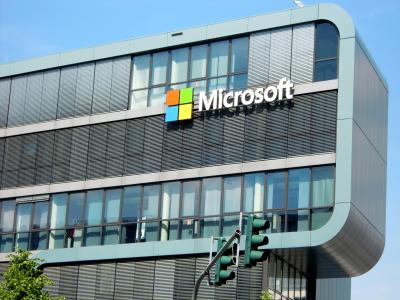 The new platform will allow enterprises or individuals to easily ‘create their own blockchain tokens’ based on the Token Taxonomy Initiative (TTI) standards.

The TTI framework is essentially a “non-technical definition of what a token is,” decided upon by the members of the Enterprise Ethereum Alliance (EEA) which include Microsoft, JPMorgan Chase & Co. (NYSE: JPM), and ING Group N.V. (AMS: INGA), among other major companies and blockchain startups. IBM’s (NYSE: IBM) Hyperledger is also an associate member of the bloc.

“The industry has suffered from an IBM versus Microsoft thing, Hyperledger versus [Ethereum], and so on. We are trying to break down those barriers,” Microsoft’s Marley Grey, who also heads the EEA bloc, told a crypto publication CoinDesk.

“You can go and buy a printer or any type of device now and just plug it in, and it works. It’s the same analogy here for tokens, and that is what we are building in Azure,” he said to CoinDesk.

A Peek Into The Markets: US Stock Futures Gain Ahead Of Earnings

Leon Cooperman says speculation by Robinhood traders in stocks like airlines will 'end in...