Home Markets Live Feed October's IMX Reveals Traders Making The Most Of The Rally While It... 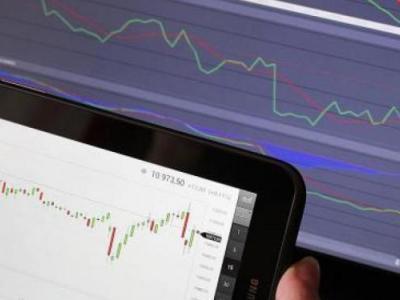 Following four months of mostly flat results, TD Ameritrade’s Investor Movement Index jumped by 7.3% in October to 4.84—its second-highest reading of 2019—as investors readjusted their portfolios toward higher-volatility growth stocks. Although the index did increase, TDA clients were still net sellers of equity overall.

The positive change in the monthly survey follows a month of solid corporate quarterly earnings and another interest rate cut from the Federal Reserve results that helped to push the S&P 500 and other major indexes close to or above all-time highs.

Picking Sides In The Streaming Wars

One of the most prevalent themes in the October IMX report is how speculation surrounding the media streaming played out in investor portfolios.

Chief among the month’s beneficiaries is AT&T Inc. (NYSE: T), which was a net buy among TDA clients as it released further details on its HBO Max platform alongside solid EPS number for the quarter and upbeat guidance for the remainder of the fiscal year. The telecom company received a few analyst price target upgrades in the wake of the strong showing while shares of the stocks breached new multi-year highs.

Another incoming player to the streaming space that received attention from investors was the Walt Disney Company (NYSE: DIS), which released new information concerning its Disney+ platform. In addition to details about the shows and movies that would be featured on the service, Disney also announced a partnership with Verizon Communications Inc. (NYSE: VZ) that gives the telecom company’s wireless and internet customers free 12-month subscriptions to the service.

However, perspectives on existing players in the space were less uniformly positive. Amazon.com, Inc. (NASDAQ: AMZN) was a net buy among investors, although this is likely due to the stock trading near 52-week lows during the month. The company also posted a substantial bottom-line miss in its earnings report late in the month along with diminished guidance on spending directed toward adding value to its Amazon Prime services, further weighing on the stock.

Finally, of course, is Netflix Inc. (NASDAQ: NFLX), which is the only player in the space to be net sold by TDA clients. The external pressure from competitors entering the streaming space has been an albatross for Netflix throughout 2019. That fear has been playing out somewhat in the services subscriber numbers, which have recently faltered in the U.S., though they remain strong internationally.

Another interesting dynamic playing out within investor portfolios is Wall Street’s interpretation of the Federal Reserve’s interest rate policy, which resulted in a third consecutive quarter-point reduction in October.

The rate cut had a massive effect in the financial sector, though not what you might expect. Both Citigroup inc. (NYSE: C) and Bank of America Corp. (NYSE: BAC) were net sold on the month as their share prices surged to multi-year highs. While financial stocks usually see a correlation with interest rates, the recent cuts have boosted the yield on the banks’ rate-sensitive holdings putting more cash in their coffers.

Big borrowers in the tech space also benefitted from the falling interest rates. Although investors were net buyers of Microsoft Corporation (NASDAQ: MSFT), which hit a new all-time high in the month thanks to a lucrative government contract, they were quick to shed other high flyers. Apple Inc. (NASDAQ: AAPL), Tesla Inc. (NASDAQ: TSLA) and Intel Corporation (NYSE: INTC) were each net sold on the month as they neared recent highs on the back of strong quarterly results.

Overall, given the heavy profit-takin and the fact that TD Ameritrade clients were net sellers in October, traders seem to be reaping the benefits of the current market rally while hedging their expectations for equity as the final months of 2019 play out.

How To Make Money Trading Options After You Retire