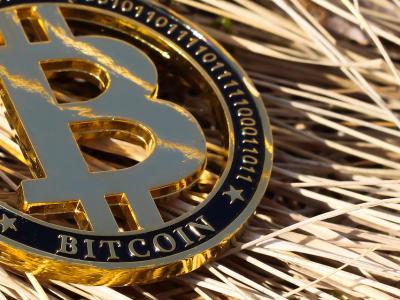 If there is one thing traders have discovered over the still-nascent history of cryptocurrency markets, it’s that there’s plenty left to learn about the new asset class.

While that may seem trite, many take for granted that cryptocurrency has only garnered acceptance as an asset over the past decade and expectations about how it’s traded are still likely to change as the industry develops.

That’s the sentiment from Ted Foxworth, director of the cryptocurrency and forex margin trading platform CryptoRocket.

“We’ve been active in the industry as traders for a long time, and like everyone else, we were swept up in the excitement of Bitcoin as it began to grow beyond $1,000 in around November 2013,” explained Foxworth in a recent interview with Benzinga.

But, he added, “the $1,000 highs of 2013-2014 were followed shortly after by nearly three years in the wilderness fluctuating between $1,000 and, at one point, $200. The reality was that, in order to make a profit on this mass fluctuation even when others were HODLing, you needed to have the opportunity to trade with leverage.”

This hard-fought realization caught fire throughout crypto trading and ended up being the genesis of CryptoRocket, which looks to provide cryptocurrency traders the leverage they need to trade digital currency pairs and speculate on derivatives in the broader currency market.

Who Are Crypto Traders?

Foxworth stated that the main audience for CryptoRocket is the typical forex and currency trading crowd thanks to the platform’s 500:1 leverage on forex 100:1 leverage on cryptocurrency. CryptoRocket caters to these traders through the platform’s quick transaction and withdrawal times and support that is available throughout the 24/7 forex market.

However, Foxworth is quick to point out that CryptoRocket’s primary target has been and continues to be cryptocurrency traders and speculators, much like he was back in 2013.

More than that, Foxworth hoped to reach those traders who have only approached crypto trading from a buy-and-hold perspective, but who understood the principles that underlie forex, derivatives and arbitrage trading.

“Where we do best, is in inviting users over who traditionally HODL as a strategy of Bitcoin and other altcoins,” said Foxworth. “Our deposits and withdrawals are fast (sub 3 hours to send) because they’re done via BTC. But [CryptoRocket] also represents a way that users can leverage trade in order to gain even when the market value of BTC is depreciating.”

Given the volatility that the cryptocurrency market has become known for, Foxworth saw that the time was ripe for a crypto trading platform that empowered its users with access to margin and the ability to make the most of any price action.

A major component of this empowerment is that CryptoRocket allows users to hold and exchange their currencies in bits, a representative of BTC at 1 million to 1 scale.

“This means that they can use it to trade traditional forex instruments, while also trading bitcoin instruments,” said Foxworth. “But they can, at any point they wish, convert their bits into USD. So if the BTC market price, for example, is rallying from $8,000 to $10,000, you could leave your trading funds in BITs, all the way to the $10,000 USD mark. Then when they reached $10,000, you could convert your BITs into the USD account and keep trading.”

Foxworth indicated the volatility in bitcoin through 2019 as a prime example of how this fluidity, can benefit crypto traders as prices fluctuate. “It meant that, on [top of] their regular trade profits, they locked in $2,000 worth of value that they would have lost merely by holding BTC during the drop.”

These opportunities to implement arbitrage techniques and capitalize on market inefficiencies are at the heart of CryptoRocket’s model. As cryptocurrency continues to evolve and reach even more traders, the crypto exchange will only continue to surprise traders dipping into the market.

California Bill On Independent Contractors Likely To Pass Without Any Carve-Out...