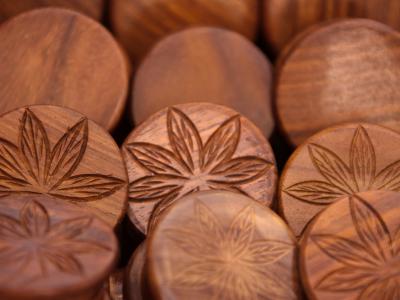 On a GAAP basis, the company’s gross profit for the quarter was 20.1% versus 18.1% in the same quarter of the previous year.

Its net loss on a GAAP basis was around $11.5 million, up from a net loss of $3.2 million in the corresponding period of the prior year.

“Since we became a public company in 2016, we have more than doubled our annual revenue in each of the last four fiscal years, with revenue for fiscal 2019 increasing 186% year-over-year to a record $149 million, helping us achieve our guidance of between $145 million and $150 million in revenue,” Nick Kovacevich, KushCo’s co-founder, chairman and CEO, said in a statement.

The basic and diluted losses per share for the year were 47 cents and 57 cents, respectively, versus 37 cents in the prior year.

“Given that we are continuing to gain scale and efficiency in our core business, while launching and ramping up higher-margin service offerings, we expect to see continued gross margin enhancement in the near future,” Kovacevich said.

The company guided to fiscal year 2020 annual net revenue between $230 million and $250 million.

Furthermore, KushCo predicts net revenue from its new hemp trading business will reach a minimum of $25 million for the fiscal year.

It also shared some operational updates such as naming Sentia Wellness as its first CBD brand partner; completing a $30.1-million registered direct offering; expanding is CBD footprint with a new hemp trading business; and signing a distribution agreement.

THE Alliance To Ship More From Southeast Asia To West Coast

'Changing The World One Doobie At A Time': A Talk With Old Pal's Brand...