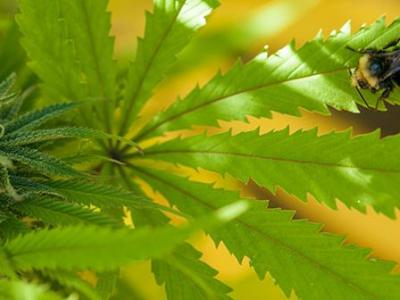 The evolution of cannabis may not be what we thought.

While cannabis is generally believed to have evolved in Asia and later dispersed to Europe by people, a May 2018 study published in the Vegetation History and Archaeobotany journal published by Springer concluded that the plant was most likely indigenous to Europe long before humans were present. And its cultivation began during the Copper or Bronze ages around 3200 BCE, but not before that, according to the study.

While cannabis is generally believed to have evolved in Asia and later dispersed to Europe by people, a May 2018 study concluded the plant was most likely indigenous to Europe long before humans were present.

McPartland said the results of the study, “Cannabis is indigenous to Europe and cultivation began during the Copper or Bronze age: a probabilistic synthesis of fossil pollen studies”, are significant for modern-day ideas of cannabis because they challenge common belief that the differences between the high-CBD European cannabis and high-THC Asian cannabis are due to human selection.

“Our study suggests that European cannabis has been there for a long time, and went through repeated ‘genetic bottlenecks,’ when the population of European cannabis shrank to small numbers,” he said. “Small populations experience something called ‘genetic drift,’ where different genotypes appear by chance. It’s a basic mechanism of evolution and does not depend on human selection. The differences between European and Asian cannabis likely began with a million years of genetic drift.”

The study, which took about three years, included analyses of 479 fossil pollen, or microfossils, studies published by other researchers. Many of the fossil pollen studies reported pollen as Cannabis/Humulus, because the pollen grains of cannabis and its sister genus, Humulus, are very difficult to differentiate, according to McPartland.

To differentiate the two in order to focus on cannabis, the researchers used what they call “ecological proxies.” If the cannabis/humulus occurred in a collection of fossil pollen indicating a steppe environment, such as open grassland or prairie, the researchers interpreted it as cannabis, because wild-type cannabis thrives in sunny steppe landscapes, said McPartland. If Cannabis/Humulus occurred in a pollen assemblage, indicating a forest, it was interpreted as Humulus, because wild-type Humulus grows in shady forests.

“We used a spreadsheet to bin our cannabis and humulus identifications into different time slices, and linked it with GIS [geographic information systems], a kind of GPS, to map the locations of the 479 fossil pollen studies,” he said.

These ecological proxies do present some limitations to the study.

“The ecological proxies were not always black and white, that is, they did not always indicate either steppe or forest,” McPartland said. “In some fossil pollen studies, the picture was rather ambiguous. That’s why we put the phrase ‘a probabilistic synthesis’ in the title of our study.”

“Cannabis evolved with her sister genus, Humulus, in central Asia,” he said. “And rock fossils of Humulus found in Europe are at least 20 million years old. So if Humulus successfully dispersed from Central Asia to Europe that long ago, could Cannabis be that far behind?”

McPartland, who said the inspiration for this study was “a very nerdy interest in cannabis and evolution,” said he and his researching partners are already working on another study.

“We’ve expanded our fossil pollen study to Asia, and the oldest cannabis pollen we’ve found there dates back 19.7 million years ago, in the northeastern Tibetan plateau,” he said So it looks like cannabis did originate in Central Asia. That’s our next paper.”

How Vanguard could shake up the private equity market

Take a look at some of the biggest movers in the premarket: Delta Air Lines (DAL) – The airline posted a second-quarter loss of $4.43...