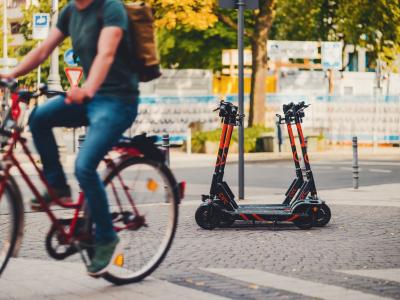 The funding in the startup, which provides e-scooter sharing services across several European cities, was led by a Bermuda-based investment company Vostok New Ventures.

Some of the other investors were UK-based Balderton Capital, Sweden-based Creandrum, Spain-based JME Ventures, and Germany-based Project A Ventures.

Voi has raised $80 million in two successive funding rounds over the year, as CNBC

. “Next year, we want to have a bunch of cities that are profitable over the whole year.”

Voi announced last month that it is moving its operations from Portugal, citing unfavorable “market and regulatory conditions” in the country.

The startup is now looking to expand to Germany, it said in a statement.

Voi is working with German railway company Deutsche Bahn so its users could drop off the e-scooters at designated spots near the train stations, Hjelm told CNBC.

He added that the startup also plans to launch e-bikes, aside from its flagship e-scooters, next year.