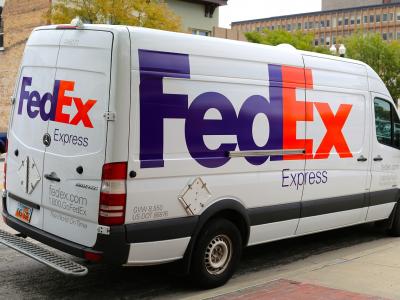 Regional carriers have much to offer parcel shippers, especially those looking to break some of their bonds with FedEx Corp. (NYSE: FDX) and UPS Inc. (NYSE: UPS). The regionals can deliver fast and reliably because of their tight coverage areas. Their cost to serve can be lower because they don’t have the overhead of the big guys. They can be more nimble and provide personalized service that big organizations, with their size and accompanying bureaucracies, often can’t match.

Kim Brown, vice president of brand supply chain and global logistics at Quality Bicycle Products, the nation’s largest wholesale distributor of bicycle parts and accessories, describes her relationships with her regional carrier reps as “warm and welcoming.” Brown, who uses regionals throughout the U.S., doesn’t speak in such lofty terms about her big-parcel reps.

The setup of today’s parcel shipping marketplace, with its emphasis on low-cost, short-haul, next-day delivery services of up to 500 miles, all triggered by the e-commerce tsunami, augurs well for regionals that have shifted their delivery models to business-to-consumer (B2C) from the business-to-business (B2B) services that all parcel carriers grew up in. Those that haven’t followed the change and are sticking with B2B have seen declines in their per-stop package volume and revenue as companies change their distribution patterns.

“It’s a very good environment for regional carriers as long as they embrace where the growth is,” said Christopher Carlson, chief operating officer of OnTrac, which operates in eight Western states, including California. OnTrac began transitioning to B2C in 2010. Today about 85% of its traffic is a B2C move, Carlson said.

Yet the regionals, most of which have been in business for decades, still struggle to get above a mid single-digit share of the U.S. parcel market. The regionals control about 5% of the total market, a percentage that’s not changed for awhile and unlikely to change much in the future, said Rob Martinez, CEO of Shipware, LLC, a consultancy.

The regionals’ cause won’t be helped by Amazon.com, Inc.‘s (NASDAQ: AMZN) strategy to insource more of its delivery operations. The regionals, which have been instrumental in helping Amazon build out its delivery network. may find competing with the e-tailing titan an added burden because it has forced shipping rates down across the board by conditioning the delivery ecosystem to free deliveries.

At the same time, the regionals, along with all parcel providers, must manage the higher costs incurred in residential deliveries because they have lacked the package density associated with traditional B2B deliveries. The costs of transitioning to a B2C model were too much for Eastern Connection, a 36-year old carrier serving New England, the Northeast and mid-Atlantic, which went out of business in April 2019. The good news, according to Carlson, is that B2C density is starting to build in a sustainable fashion as volumes swell and more parcels head for the same locations.

The regionals could run the table were it not for FedEx and UPS. But in the parcel world that would be akin to asking Mrs. Lincoln if she enjoyed the play. The two giants cast a massive shadow. They have unrivaled marketing and operational clout and possess brand awareness that the regionals can only dream of. Their size allows them to negotiate delivery ventures with big partners like Dollar General Corp., (NYSE: DG), Walgreen Boots Alliance‘s Walgreen drugstore chain (NYSE: WBA) and CVS Corp. (NYSE: CVS). FedEx and UPS are often the preferred providers of many traffic managers because they are afraid to explain a service failure to their bosses by saying they didn’t use either one. For shippers looking for a national network backed by the most advanced information technology, it would be impractical to go anywhere else.

FedEx and UPS do not stand idly by when customers look to shift business to the regionals. Sometimes it means leveraging a shipper’s total spend and offer competitive counter-offers to the regionals’ discounts. Sometimes it takes the form of hardball, according to Ivan T. Hofmann, who was the CEO of the old Roadway Package System Inc. before FedEx bought it in 1997 and is now CEO of GLD-holdings-U.S., a regional parcel unit of Royal Mail, the British postal and logistics giant. FedEx and UPS use rate ranges, or “bands,” to determine what shippers should pay based on the volumes moving over specific lanes. Neither company is averse to telling customers that they could be moved into a more unfavorable band should they divert traffic to the regionals, Hofmann said.

Many shippers use FedEx, UPS and the U.S. Postal Service (USPS) as their primary carrier and also use regionals for specific situations. Despite the regionals’ relatively small presence, they remain on the big boys’ radar screens. “UPS views (the regionals) as competition,” said Gregg Mau, director of global logistics for footwear firm Crocs Inc. (NASDAQ: CROX) and a 31-year UPS veteran. That is especially true as OnTrac, which according to company data accounts for about 3% of the overall market, expands its service offerings, Mau added.

Crocs, which last week opened a 550,000-square-foot North American distribution center in Dayton, Ohio, after announcing earlier this year it would relocate its DC operations from Los Angeles, is looking to bid out business to the regionals for the first time, Mau said.

Mortgage Rates Vs. The Stock Market

Fallout from US-China trade conflict could be 'even worse' than WWI, Kissinger says

We asked what your biggest financial commitments are in 2020. Here's what you said

Fed policy is in a 'good place' but will remain flexible on rates and...