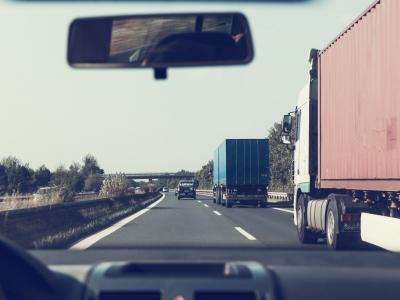 Why technology is being used to improve efficiency but not more readily deployed to improve safety is among the questions that the Trucking Alliance is pushing to answer.

Kidd explained that the mission is to promote the use of technology in commercial vehicles to improve safety. “It’s a coalition of truckload carriers created in 2011 because they believed carriers should be held accountable to the public,” he said.

As an example, Kidd noted the number of drivers believed to be using drugs. The Trucking Alliance supports hair testing for detecting drug use.

“[Urine tests] missed nine out of 10 drug users,” he said, citing a Trucking Alliance study on hair testing. “Only the hair test caught them.”

Kidd went on to compare the trucking industry to the airline industry, noting that if nine out of 10 positive drug tests for pilots were missed, there would be congressional hearings.

“The trucking industry and the truck drivers are regulated the same ways as the airline industry, but we probably have 300,000 truck drivers on the road that would fail a drug test,” Kidd said.

The alliance also supports speed limiters, higher minimum insurance requirements, mandatory collision avoidance systems and user-based fees and taxes for infrastructure repairs. In addition, it advocated for the implementation of electronic logging devices and the creation of a national drug and alcohol database, which is scheduled to go into effect in January if it is not delayed.

“If you look at the regulatory framework, it was only in the last few years that [ELDs] were required. For years we used paper logs that could be changed,” Kidd said.

Kidd said he believes that if insurance minimums were higher — he noted that if minimums kept up with inflation and the economy as a whole, they would be $3.9 million today — large damage awards would be more limited.

Image by Markus Spiske from Pixabay

This Day In Market History: US Government Receives First And Only...