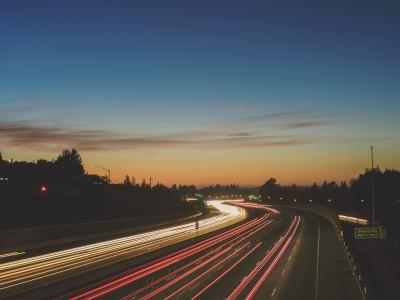 Despite that she is young and female, Rachel Premack, a transportation reporter with Business Insider, has nonetheless become a celebrity of sorts among the nation’s truck drivers.

In fact, many drivers across the country now look forward to her behind-the-scenes news coverage.

“In New York, people don’t realize this concept that logistics and trucking, and all these sorts of parts of the economy, are actually why we have anything” in stores to consume, Premack told attendees at an FW Live panel in Chicago on Nov. 12.

Traditionally, media coverage of trucking is centered around corporations and finance. Premack is putting a face on the industry with her personality-driven approach.

Prior to joining Business Insider in early 2018, the publication had not covered the business of trucking in a substantive way, Premack said.

Last year, she wrote a story about the impact of the ELD mandate. “There was quite a bit of traffic, quite a bit of traction for that story,” she said, adding after that she determined it was an important beat to cover.

Premack caused a bit of controversy in the trucking industry recently when she used the word “bloodbath” in a headline explaining the impact of the collapsing spot rate market last year.

She stood by the word choice, stating that that was how the truck drivers explained the spot rate dropoff to her in terms of their business and take-home pay, despite pushback from trucking industry CEOs and analysts who try to downplay it.

“I’m writing it from the perspective of the person who is actually doing the job in the industry and they’re noticing their pay is decreasing quite a bit,” she said.

Premack prefers to approach her trucking stories from the drivers’ perspective and feels it’s important to tell their stories. “No one is really talking about them,” she said.

FreightWaves CEO Craig Fuller, who was onstage with Premack, noted that any discussion of driver shortages tends to “fire up” the drivers, because it’s more about compensation and supply versus demand.

Premack agreed, citing that the Department of Labor’s Bureau of Labor Statistics found that there’s not actually a truck driver shortage. “It’s just that drivers aren’t getting paid enough” to draw to and keep them in the industry, she said.

“If we saw the wages increase, then we would probably have less of a shortage,” she added.

However, she noted the average truck driver age is between 50 and 55 years old. “There is definitely an issue with attracting millennials to the industry,” but this could be solved in most cases by changing the salary and compensation structures, Premack said.

In the 1970s and 1980s, there were movies that portrayed the truck driver as a “folk hero,” whereas now they are viewed in “negative stereotypes.”

The appeal to the trucking driver industry today is the continued appreciation of their independence and being their own boss, Premack said.

She has occasionally been criticized by trucking companies and the American Trucking Associations for some of her coverage, and has occasionally encountered sexist comments, but for the most part she said she has received positive feedback for her coverage by the truck driver industry.

Before closing the discussion, Fuller invited Jason Gonzalez to talk about his experience of being shut down by Krispy Kreme for transporting donuts across state lines in the Midwest.

Krispy Kreme had read about Gonzalez’s business venture in the Pioneer Press of Cedar Rapids and ordered him to cease and desist. He had started delivering donuts for months as a way to pay off student loans.

Gonzalez’s said Krispy Kreme’s “main goal was that I was delivering fresh donuts.”

Once the story was posted on social media that he had been shut down, there was an immediate outcry which received both national and international media attention. Krispy Kreme relented and has now agreed to support his cross-border donut deliveries to Minnesota.

Truck manufacturer Daimler, which learned about the venture through Fuller, has donated Gonzalez a Sprinter Freightliner van to support his budding donut delivery van. The donation was announced at FW Live.

Image by fancycrave1 from Pixabay

Democrat plans to tax the wealthy could hit an unintended target:...