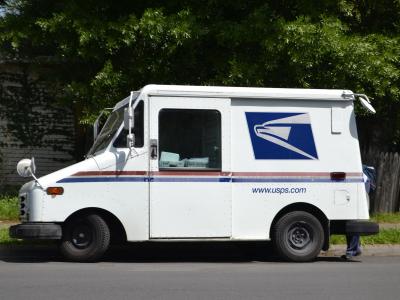 Merchants who sell their products on Amazon.com, Inc.‘s website (NASDAQ: AMZN) but manage the fulfillment and delivery of those goods cannot use the U.S. Postal Service’s (USPS) Priority Mail one- to three-day delivery service unless they purchase the postage from Amazon, according to several analysts with merchant clients that are subject to the edict.

According to one consultant, Amazon stands to benefit financially through “postal arbitrage,” in which it leverages the difference between the prices it charges and the low rates it receives through its Negotiated Service Agreement (NSA) that high-volume users strike with USPS. In addition, Amazon’s NSA likely includes “tiered incentives” that promise even deeper discounts for the e-tailer in return for more volumes tendered to USPS, the consultant said.

But there is a larger element at play. According to two consultants, the move is part of Amazon’s effort to force merchants into the e-tailer’s Fulfillment by Amazon (FBA) network, in which Amazon manages customers’ supply chains for a fee. The self-fulfillment service, Seller Fulfilled Prime (SFP), allows merchants to choose their own logistics partners and retain “Prime Merchant” status as long as they hit one- to two-day delivery targets 98.5% of the time. Failure to do so can cause a merchant to forfeit the coveted designation, which can result in hundreds of thousands or even millions of dollars in lost sales. Consumers are incentivized to buy Prime-labeled products because they pay monthly or annual fees for Amazon’s Prime service and want to get the most out of it. They are also attracted by the service’s money-back guarantee if delivery commitments aren’t met. Merchants are not penalized for late deliveries of FBA-fulfilled goods.

Matthew White, a strategist at consultancy iDrive Logistics, who has several clients that have crossed swords with Amazon over SFP, said Amazon suspended the account of one customer, which received 20% of its orders from Amazon’s site, because those deliveries, on average, narrowly fell below the on-time threshold. In return for waiving the on-time requirement, Amazon wanted the customer–who was not identified–to buy postage at a higher rate than it was paying through iDrive’s NSA, White said. Amazon’s logistics arm then proposed an even higher rate to move the customer into the FBA program even though the proposal didn’t include pickups and had no mechanism to inform the retailer who was handling the shipment, according to White.

The retailer rejected Amazon’s entreaties and stayed with USPS and its longtime third-party logistics (3PL) provider, who arranges all of its shipments for transport. For a time, it used a local courier to overcome the specific delivery issues that drove on-time performance below the Amazon-set threshold. Today, UPS Inc. (NYSE: UPS) delivers the merchant’s orders that are placed on Amazon, White said.

Amazon’s plan was to make it so difficult for the merchant to do business outside of its ecosystem that it would effectively let Amazon manage all of its fulfillment and delivery, White said. He called Amazon’s approach a “tooth-and-nail effort to drive the merchant into an FBA relationship.”

The edict against Priority Mail can have a material impact on shippers’ outbound transport spend, according to another consultant. For example, many high-volume postal shippers have their own NSAs, which offer very favorable rates as well as ancillary benefits that come with having direct leverage and connections to the carriers that handle Priority Mail traffic. Those benefits are forfeited by being forced to go through Amazon, the consultant said.

“Shippers have invested a lot into technology to track and process orders, sometimes with complex business rules, and may give up some of these integration enhancements to use Amazon’s SFP shipping options,” the consultant said. “It all comes down to flexibility to control your outbound transportation spend. No one likes being told what to do, and how to do it.”

Amazon has made no secret of its desire to integrate the selling, fulfillment and delivery of merchants’ goods, especially in the small to midsize business segment, which every transportation and logistics provider covets. If one merchant’s 62-page letter to Congress — reported several days ago by Bloomberg News — is any indication, Amazon is not above using its dominance in marketplace services to achieve its objectives.

In the letter, the unidentified merchant accuses Amazon of “tying” its marketplace and logistics services together, an antitrust violation in which a company uses dominance in one market to give itself an advantage in another market where it’s less established. The merchant said it was forced to use the FBA service or risk being suspended from selling on its platform or seeing his products marginalized on the site.

Using Amazon’s service forced the merchant to boost prices by as much as 12% on more than 100 products it’s been selling on Amazon for years, according to the letter cited in the Bloomberg story.

Image by F. Muhammad from Pixabay