Home Markets Live Feed Today's Pickup: Daimler Is Laying Off Over 1,000 Workers To Save Money... 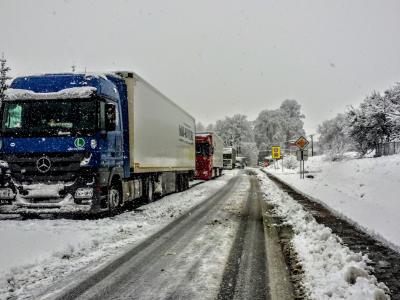 German automaker Daimler has announced that it will be laying off workers to save more than €1 billion by 2022, citing the global auto slowdown and the €870 million fine it had to pay in September for selling vehicles that exceeded emissions limitations. Daimler will also be channeling resources to expand its range of plug-in hybrids and all-electric vehicles, trying to keep up with Volkswagen, which is quickly becoming one of the largest stakeholders in the electrification landscape. With the now-announced entry of Tesla into the German market, the onus is on Daimler to get its foot in the door.

Germany, Europe’s largest economy, grew by 0.1% in the third quarter of 2019, defying expectations of a second small contraction in a row.

“What matters to me is the industrial footprint in France, and the company’s project. Given the synergies mentioned by management, I have high hopes that the deal should happen in excellent conditions.”

– French Prime Minister Edouard Philippe, while commenting on the French automaker Renault and Italian auto group PSA merger. Notably, the French government did not agree to a Renault and Fiat Chrysler merger earlier this year.

Europe’s role as a destination of last resort for liquefied natural gas that traders can’t sell elsewhere may now be reaching its limits. (Bloomberg)

Sri Lanka has ambitions to move up from being a south Asia transhipment hub to a global maritime and logistics center on a par with Dubai and Singapore. (The Loadstar)

The California Trucking Association filed a lawsuit challenging a new labor law that seeks to give wage and benefit protections to workers in the so-called gig economy. (Fox Business)

Global oil demand will plateau around 2030, according to a major new report, but the decline in demand is way too slow to head off the worsening effects of climate change. (Oilprice)

Even after the limited trade deal discussion between the U.S. and China, the deal has still not materialized. This boils down to China accepting an offer that President Trump made, which asks China to buy up to $50 billion of soybeans, pork and other agricultural commodities from the U.S. annually.

China does not seem happy with this development, as it is wary of signing a deal that might tilt in favor of America. Alternatively, Beijing wants to float a deal that is flexible on its conditions. This is to make sure that if trade tensions flare up again, the Chinese are not mandated to import a specific volume or value of commodities from the U.S.

Image by Kristián Ivančo from Pixabay