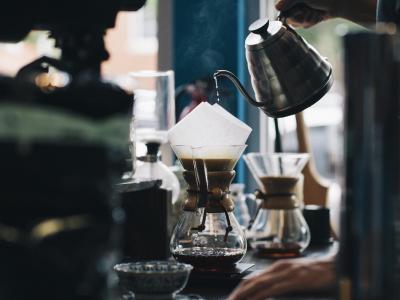 If you don’t know Luckin Coffee (NASDAQ: LK), let us help you: it’s Chinese Starbucks Corporation (NASDAQ: SBUX) that is posing quite a headache to Starbucks Corporation in China. But more importantly, it is China’s fastest-growing coffee entreprise. On Wednesday, the company surprised investors with yet another quarter of boiling growth, although its bottom-line losses persevered. But Luckin Coffee’s third investors overall delighted investors as its shares spiked 13% consequently.

To give you a better idea why investors were so delighted, we will compare the latest figure with the same quarter last year. Prepare to be amazed as revenue increased 640% as it reached $215.7 million. Revenue from product sales exceeded the high end of management’s forecast range with the average number of monthly transacting customers spiking 398% to 9.3 million.

Net revenue from freshly-brewed beverages amounted to $160.2 million, representing 74.3% of total revenue during the quarter. This is a drop comparing to same quarter last year when it reached 80% but this is expected as the company is building its non-coffee portfolio with baked goods and also its newly launched Luckin Tea brand. And we know China is a tea-drinking market.

Unfortunately, the company’s loss also increased by 9.6% and amounted to -$74.4 million, with the diluted loss per share being – $0.04. But there were quite a lot of investments as the store count increased by 210% to 3,680 stores. And more importantly, the company’s net loss increased at a far slower rate than revenue and even improved sequentially comparing to the previous, second quarter of the year. Not to be neglected is also the fact that Luckin Coffee decreased its delivery costs by opening all those new stores, with delivery sales now accounting to 3.1% of total revenue as opposed to 5.7% in the same quarter last year.

Perhaps the most unique feature Luckin Coffee just revealed is its business model extension. Although it is similar to a traditional franchise offered by its competitors, Lucking introduced its very own version of a so called “retail partnership model”. Like in a franchise, the new partner is in charge of space, staff hiring and every day store operations while gaining the benefits of Luckin’s brand, cashier-less mobile ordering and payments, as well as the supply chain. But the partner won’t be required to pay an initial franchise fee, removing pretty much the biggest obstacle to all those interested parties as they will only share their revenue on a tiered basis.

This “asset-light expansion model” enables Luckin’s partners to invest more in the business’ early stages but also provide Luckin with greater revenue once sales start to increase. With less capital at risk, this model should trigger an even faster store growth.

But to be realistic, the company still has a way to go in matching its greatest rival Starbucks which has a global presence around the world, with the market cap of nearly $100 billion. But then again, Luckin is making way in a key market for Starbucks and aiming to dethrone Starbucks in China by the end of the year.

Starbucks needed almost two decades to reach 4,125 stores in China whereas Luckin now already has 3,680 with this quarter’s additions that nearly tripled the operational costs. Luckily for Luckin, that declined due to reductions led by its app-focused model. But the fact is Luckin still needs to find a way to become profitable.

If Luckin can again substantially scale its top line while continuing to improve its losses, it may yet win another round of during its next quarter as well. The company’s shares have now climbed more than 59% since the company went public in May. But this quarter resulted in Friday’s stock surge making Luckin’s market cap at $6.4 billion, and made its chairman Lu Zhengyao into a billionaire, with its the fortune being estimated at $2.26 billion.

Image by Free-Photos from Pixabay

Pro: Scrap The 10-Year Yield In Favor Of These 2 Stocks

Investors Appear To Relax A Little On Encouraging News On China,...