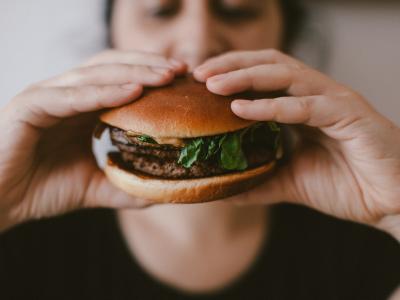 Florida-based fast-food chain Burger King has been taken to court by a Georgia man for falsely advertising its “Impossible Whopper” burger as meat-free.

Philip Williams, in his petition, said that Burger King violated Florida’s Deceptive and Unfair Trade Practices Act by misleading customers to believe that the burger is “meat-free.”

Williams accused that while Burger King uses a vegan meat alternative made by California-based Impossible Foods, it uses the same grills to cook these vegan patties that it uses for other meat-based burgers.

Burger King advertises the burger as “100% Whopper, 0% Beef” on its website, but doesn’t use the term “vegan” in its advertising. In fact, the company mentions “creamy mayonnaise” as one of the ingredients, with egg marked as an allergen contained in the product.

The website says that if customers want a “meat-free option,” they can request a different method of preparation, the Washington Post noted.

Concerns over the meat-free burger being cooked on the same grills as the ones with meat were raised even before the burger launched in August, Bloomberg reported at the time.

Impossible Foods is a privately traded company. As Barron’s noted, its competitor Beyond Meat’s shares fell 2.97% to $77.35 on Tuesday following the news.

Tilson: Why Lumber Liquidators Could Be The Next SodaStream

Ask Our Experts: Effects Of The USDA's Interim Hemp Rules