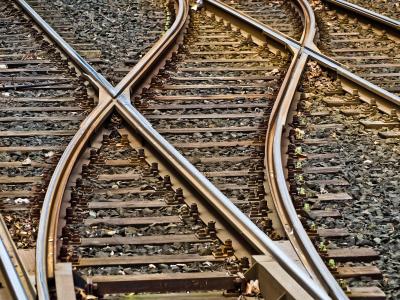 Hyperloop Transportation Technologies (HyperloopTT) in collaboration with the Northeast Ohio Areawide Coordinating Agency has undertaken a hyperloop feasibility study of a route connecting Chicago, Cleveland and Pittsburgh. Key findings show that the operational costs would need no subsidies and the network once laid down would create more than 900,000 jobs over a 25-year period.

The brainchild of Elon Musk, hyperloop is a high-speed connectivity network that involves transporting a pod at high speed within a vacuum tube, with a theoretical speed limit of 760 mph. The supersonic speed is made possible by the absence of friction or air resistance within the tube.

The HyperloopTT study lasted 1.5 years and involved input from over 80 public and private organizations to arrive at its conclusions.

“I suspect the increasingly pronounced slowdown in China’s economy, coupled with recent employment data pointing to continued strength in the U.S. economy, are putting heavy pressure on China to settle sooner rather than later.”

California issued a statement saying that as of January the state would only buy vehicles from automakers that recognize the California Air Resources Board’s authority to set tough carbon emissions standards for vehicles. (CNN)

Is big oil wasting its time in the U.S. shale patch?

Growth in the U.S. shale industry is dramatically slowing down while oil majors are consolidating their position and moving forward with aggressive drilling plans. (Oilprice)

Eight Jaguar I-Pace SUVs are being used to learn the capital’s complex routes. (This is Money)

Virgin Atlantic is opening up new air routes for summer 2020 to increase cargo capacity to the U.S., India and Africa. The airline will be introducing a second daily service between London and Delhi, which coupled with its new service to Mumbai, will make it three daily flights to India. San Francisco will have two flights daily from summer 2020.

The new schedule will also feature new Airbus A350 aircraft, which will debut across the cities of Johannesburg, Los Angeles, San Francisco and Lagos, Nigeria. Compared to the previous models, these new aircraft will have increased space available to load cargo, thus coming in handy for customers flying these prime routes.

Image by Michael Gaida from Pixabay

With Trade Talk Uncertainty Ratcheting Up, Market Seems On Edge