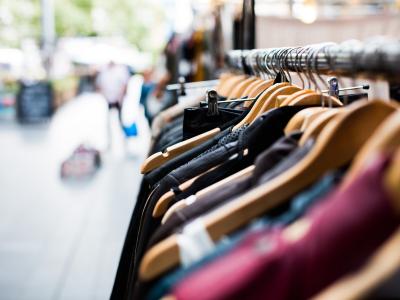 Gap Inc (NYSE: GPS) is officially back in the game as the company reported fiscal third-quarter earnings. The retail company managed to exceed diminished expectations, causing its stock to bounce back from the dead after falling almost 40% so far this year, and to make it worse, while the S&P 500 has gained 24%. In after-hours trading post its earnings announcement, the company’s stock rose more than 3%.

As a reminder, the company already cut its full-year outlook earlier this month, when it said goodbye to its CEO, Art Peck. Analysts couldn’t feel optimistic after the company’s interim CEO issued a warning that it is not pleased with its third quarter performance and that they are aggressively attending to operational issues that are hindering their performance.

Third-quarter earnings came to $140 million, or 37 cents a share.
Due to losing track of the value that Old Navy customers are looking for, the company is still committed to spin off the brand in its own company. The once-strong Old Navy brand is not the only one which struggled to move women’s wear off its shelves, as its comparable sales went from +4 percent last year to -4 percent in this year’s quarter. Gap Global has been sinking in last year’s quarter with -7 percent which persevered this quarter. Banana Republic Global went from being positive at +2 percent to negative -3 percent this quarter.

Overall, same store sales declined 4% as opposed to the expected 2.3%. In the same quarter last year, the company experienced a flat growth.
So, net sales did drop 2% from $4.09 billion a year ago to $4 billion but at least not the $3.97 billion that analysts projected. And overall, after adjusting for separation and restructuring costs, the company reported earnings of 53 cents a share, down from 68 cents a share a year ago.
The San-Francisco based company now expects full year earnings to be in the range of $1.70 to $1.75 per share.

The company ended the quarter with $1.1 billion in cash, cash equivalents, and short-term investments but its net cash from operating activities less purchases of property and equipment came up to $5 million. Last year, it was $57 million.

On the same day just before the bell, Macy’s (NYSE: M) and Nordstorm (NYSE: JWN) also reported their quarterly performance. Macy’s in pretty much the same basket as it reported its first same-stores sales decline in two years and slashed its full-year outlook. They have been dealing with a data breach and similar website issues, as well as inventory build-up.

Nordstrom and TJX (NYSE: TJX) are on a more positive side of the equation as they both managed to exceed analysts’ expectations. TJX is even benefiting from a weakening economy as more price-conscious consumers turn to its stores. Nordstrom is successfully differentiating itself from competitors and improving profitability with cost-efficient efforts.

So, even though department stores sector is struggling, there are some brands who are doing a great job at swimming above water. And retail sector as a whole continues to grow fuelled with the immense power of e-commerce.

The old navy brand is in poor shape. And since Peck’s abrupt departure, analysts have been doubting whether the company will go through with the idea of splitting Gap into two publicly traded companies. But CFO ensured everyone on Thursday that there is renewed optimism about the split among employees.

The change of management is always a valuable opportunity for a company to change its mindset and while Gap is still looking for its new CEO, it remains to be seen whether it is able to pull this idea through.

Need a loan? There's a tech company for that.

Illinois, NY Officials To Cannabis Industry: Work With Us On New Regulations

Anchor Stablecoin is Now Live and Available for Trading on IDEX...