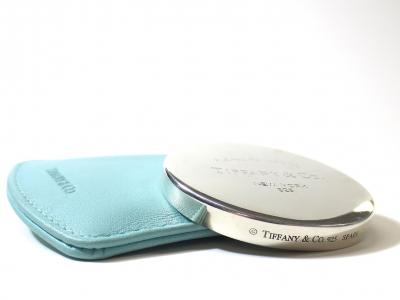 Last time, the company approached with an offer of $120 per-share takeover bid valuing the company at $14.5 billion, which the company appeared to have rejected but now the stake is up at $130 per share and seems to have increased the odds of a possible deal. The fact that Tiffany allowed LVMH to take a closer look at its financials sure sounds like it.

Tiffany is valued at about $15.8bn including $350m in net debt, whereas LVMH which is owned by Europe’s richest man, Bernard Arnault has a strong portfolio including brands such as Louis Vuitton, Dior and Sephora. LVMH approached the company last month with a letter proposing an all-cash takeover bid of 120 per share whereas the new, higher bid marks a premium of about 30 per cent to Tiffany’s stock price before the news even surfaced.

This takeover would surely be the largest by Mr. Arnault who has been at the front of the consolidation in the luxury goods industry for four decades. And if it would come true, it would allow LVMH to widen its mark in the US where it has a weaker presence as well as intensify its push into the so-called ‘hard-luxury’ segment which it began in 2011 with the $5.2bn acquisition of Italian jeweller Bulgari. And according to Bain consulting, jewellery was one of the fastest-growing categories in the personal luxury goods sector last year.

Tiffany’s Has Been Facing Some Challenges

Tiffany’s is getting new workforce as former Barneys New York Chief Executive Daniella Vitale joins the company a month after the department stole was sold in bankruptcy. Ms. Vitale is taking a new position of executive vice president and chief brand officer. Her expertise will be valuable as Tiffany’s does its best to find new ways to sell to a new generation that is motivated by self-gifting than special gift-giving occasions, i.e. engagements.

Tiffany’s is not immune to those headwinds that struck Barneys and its challenges come from lower tourist spending, a strong US dollar and the China-US trade war. But Tiffany has over 300 stores around the world, with quite a presence in China. But despite its high brand recognition and Breakfast at Tiffany’s memorabilia, the legendary jeweller is struggling to modernise its brand identity to appeal to the younger generations that don’t quite seem to believe that “diamonds are a girl’s best friend.”

While last year Tiffany’s had record net sales, global net sales decreased 3 percent to $2.1 billion during the first half of the current year. But Tiffany’s excels when it comes to its digital profile due to omni-channel excellence, consumer engagement and associate mobility. Its customer service shines with both white gloves and digital-savvy store associates who are fully equipped to personalize the shopping experience for each buyer.

With Tiffany’s under its umbrella7, LVMH would gain a superpower against its Swiss competitor Richemont (OTC: CFRUY) who owns Cartier among others, is a leader in the hard-luxury segment of watches and jewellery. If this deal goes through, it would surely question Richemont’s dominance. Especially since their profits dropped 61 per cent for the first half of its reporting year as consequence of the Hong Kong protests and extensive digital investments that damaged its bottom line.

Then there’s French Kering SA (OTC: PPRUY) who, among others, owns Saint Laurent and Gucci who exceeded estimates despite Hong Kong turmoil and even defied US weaknesses, causing Kering’s sales to rise 14.2% in the latest quarter. But LVMH is already King Kong comparing to its competitors. Let’s just look at last year’s numbers: €46.8 billion for LVMH in 2018, €14 billion for Richemont’s most recent fiscal year and €13.7 billion for Kering also for its most recent year. So, the size of LVMH’s portfolio says it all and Tiffany’s might just be the spark it needs to complete the enchantment.

Despite failing marriage rates, Tiffany’s CEO Alessandro Bogliolo firmly believes that love is still a hot business and that the company is well-equipped to cater to millennials. Even studies showing that millennials are ditching diamonds is not taking the smile away from Tiffany’s CEO who proudly states that Tiffany’s diamond ring is even present on every phone’s emojis.

But are emojis enough to sell those diamonds is a different question. But the silver lining is that Tiffany’s signature blue that is more valuable than all those diamonds combined and LVMH knows that. And Tiffany’s can gain a lot from LHMV’s global reach and strength. So, after LVMH has already shown its parenting skills with Bulgari, there’s no reason to think this couldn’t be a perfect match made in luxury heaven!

Making The Steel City A Hub For Freight – FreightWaves Insiders

How To Use Cannabis To Deal With Holiday Stress